Are Christians really being persecuted in the UK? 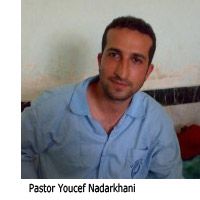 Few doubt that the plight of Pastor Yousef Nadarkhani, the Iranian convert to Christianity now facing the death penalty for his refusal to recant, is an example of religious persecution. And organisations such as Christian Solidarity Worldwide are seeking the public's help in campaigning for Pastor Nadarkhani's release.

But what about Christians in the UK? Dr Richard Scott, who told me his story on Sunday Sequence, is facing disciplinary action at the General Medical Council because he discussed his Christian faith with an emotionally distressed patient and suggested that the patient could find help in Christianity and in Jesus. He then suggested that the patient might benefit from a Christian faith above his own religion. (The patient's faith tradition has not been made public.)

It is for the General Medical Council to decide if Dr Scott is in violation of any professional ethical codes or standards, but this case has been cited as yet another example of Christians in Britain being persecuted or the Christian faith marginalised.

Some Christian leaders, including Bishop Michael Nazir-Ali and Bishop Nick Baines, have cautioned against the use of the term "persecution" to describe the experience of Christians in the UK. That caution has also been recommended by the Christian think tank Ekklesia, who say persecution lanuage as mixing "up the inconveniences and challenges of living in a mixed society with the terror of living in a disintegrating or dictatorial one".

For its part, the Christian Institute says Christians in Britain are certainly being squeezed out of public life, and has published an 80-page report summarizing the evidence.

Are Christians really being persectued in the UK? Or are they simply being asked to follow the same anti-discrimination laws, and professional codes, that govern everyone else?