The Apostate: Paul Haggis vs. the Church of Scientology 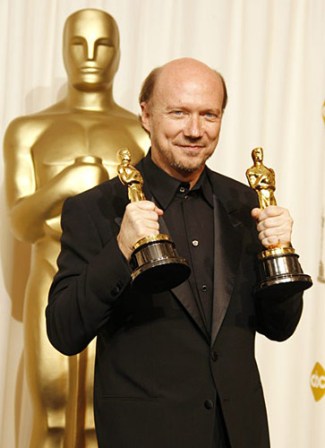 The big religion story of the week in the United States is the publication of a nearly 25,000-word essay in The New Yorker about the Church of Scientology. On Twitter, the essay is now being described simply as "the New Yorker Scientology Article", and links to the article are being speedily retweeted.

Another article about Scientology? What's so unusual about this one? A couple of things. First, the New Yorker and its legendary fact-checking department which is famed for combing through every factual claim and literary reference in every article to maintain the magazine's reputation for accuracy. Laurence Wright says the New Yorker has never previously devoted so many fact-checking resources to a single story.

Second, Paul Haggis (pictured), the double-Oscar-winning film director and writer, whose story prompted the New Yorker investigation. The article by Pulitzer Prize-winning writer Laurence Wright is titled "The Apostate: Paul Haggis vs. the Church of Scientology" and tells the story of Haggis's decision to leave Scientology after more than thirty years. Haggis is now the church's most high-profile defector.

Add to those considerations the fact that the Church of Scientology co-operated in the New Yorker's investigation, providing "seven linear feet" of documents in binders, which the magazine's fact-checkers went through with fine tooth combs.

What's the outcome? The article claims that the church's founder L. Ron Hubbard was not, as the church asserts, a war hero, who healed himself of major injuries using the techniques later described in his book Dianetics. A church spokesman reportedly told the New Yorker that the church's credibility rested on the authenticity of that assertion. The article also reveals that the Church of Scientology is being investigated by the FBI over allegations of human trafficking. (Read more UK coverage here.) (Read a summary of Laurence Wright's report.)

For their part, Church of Scientology authorities say: "The Church has never been advised of any government investigation," and maintain that the New Yorker article is "little more than a regurgitation of old allegations that have long been disproved."