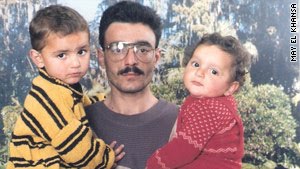 Human rights campaigners have called on King Abdullah of Saudi Arabia to intervene in the case of a TV presenter who has been sentenced to death for the crime of "sorcery". Ali Hussain Sibat (pictured), who presented a popular psychic call-in show on a satellite TV channel, was arrested by religious police when he visited Saudi Arabia in 2008.

It is understood that Ali Hussain Sibat was sentenced to death by a secret court in Madina on 9 November, and was not permitted any legal representation or assistance during hearings.

Read Amnesty International's account of the case here. According to Amnesty, "at least 158 people were executed in Saudi Arabia in 2007 and at least 102 in 2008. Since the beginning of 2009, a further 67 people are known to have been executed."