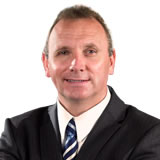 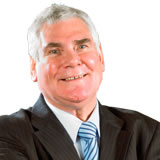 The kind of dispute about leadership succession that mired the relationship between Tony Blair and Gordon Brown is apparently not limited to the world of politics.

The leader of one of Northern Ireland's best-known churches has appealed to his congregation to continue their support for his ministry following the resignation of the man named as his successor-in-waiting.

James McConnell, pictured left, senior pastor of Whitewell Metropolitan Tabernacle in north Belfast, addressed a special meeting of his congregation last night. He explained that the church's Associate Pastor, George McKim, pictured right, had left the pastoral staff of the church following a dispute over the date on which Pastor McKim was due to take over as senior pastor.

According to the profile of George McKim on the church's website (now removed), he was "saved as a young man under the ministry of Pastor McConnell." At last night's meeting, Pastor McConnell described Mr McKim as his "son in the Lord", and his "plan A" choice as successor in the leadership of the ministry he founded more than 50 years ago. He also emphasised that Pastor McKim has not been sacked; indeed, he said, he pleaded with Mr McKim to "wait and work with me".

James McConnell has been at the helm of the Metropolitan Tabernacle, in its various forms and buildings, since he founded the church in 1957. The church's first service was attended by 22 people. Today, Sunday services can attract 2,000 worshippers.

When Pastor McConnell, now 72 years old, named George McKim as his successor, the decision was made public, but no specific date was given for the succession. Pastor McKim's official church profile simply named him as Associate Pastor and stated that he would succeed Pastor McConnell "in time". Pastor McConnell told his congregation last night that he had hoped Mr McKim would take over before his own death, "but not just yet".

The senior pastor acknowledged that he had made "a mistake" when he previously referred to certain dates in relation to succession. Some sources within the church suggest that the succession was planned for October. James McConnell now says he hopes reconciliation can be possible in the circumstances. He told Sunday Sequence he would welcome Mr McKim back, and "draw a line under everything", if his former associate walked back through the door. "My heart is still open to George, and I'm willing to communicate with him for the sake of God's work", he said.

On Monday 8 June, a financial settlement was agreed between Mr McKim and the church.

Update (Sunday 14 June): Pastor George McKim has launched a new church, less than a week after agreeing a financial settlement with Whitewell Metropolitan. The Peoples Church, Newtownabbey (website here), held its first service at Corr's Corner Hotel and reports suggest that between 300 and 400 worshippers were present, including some well-known members of Whitewell Metropolitan. The new church is using the logo "where dreams are birthed and destinies are fulfill", though it is not using an apostrophe in the word "people's". George McKim formerly pioneered 'The Peoples Church, Falkirk' following a period of service as Assistant Minister of Whitewell Metropolitan. He and his wife Linda moved to Falkirk in 1986 and, according to the Falkirk Church's website, "On 3rd April 2005, Pastor McKim announced to the Church that he would be returning with his family to Belfast to join the Leadership Team of The Whitewell Metropolitan Tabernacle to eventually become the successor to Dr James McConnell."

I also understand that another pastor from Whitewell Metropolitan has now stood down from ministry within the congregation.