In search of a good writer

KABUL - As our plane wheeled over this mountain city, twilight was falling. The Afghan capital nestles among huge peaks - some of which exceed 4000m (13,123 feet). Arriving here is always dramatic in a sort of "I hope the pilot remembers where all the mountains are" sort of way. 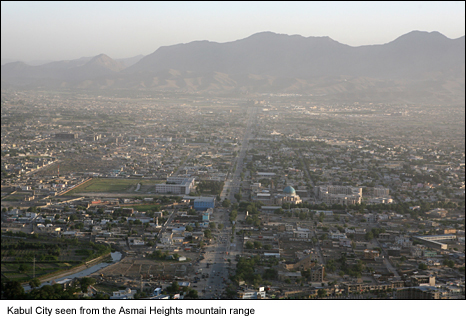 I first flew in 22 years ago, when aircraft spiralled in to avoid the missile threat, and were nursed down to the terra firma by formations of Soviet gunships.

Whatever one may think of the mismanagement of President Hamid Karzai or the vicious insurgency, Kabul is still a place that has developed enormously in those past two decades.

Almost all of those improvements, from a fancy mobile phone system, to new roads, or flourishing businesses, actually came about in the eight years since the Taliban were driven out. So whatever the chorus of concern from those who hear you are coming here, it is still a pleasure to be back in Afghanistan.

What this country needs, slowly dragging itself up from being the poorest in the world, is a way of regaining lost political momentum. And if you are the man in charge, as Mr Karzai has been for most of the time since the Taliban fell, you cannot duck your responsibility for the whiff of corruption and electoral wrong doing that now hangs over the place.

Ashraf Ghani, former minister and presidential hopeful, was on the flight and we chatted. In response to the question of what happens next he argues that Mr Karzai is skilled at playing roles, but what he needs now "is a good writer".

Mr Ghani thinks both Afghan and international sides are "disfunctional" but need to find the right political narrative for the next few years. One thing is clear - that creating the right vision of a political horizon while cleansing the president's tarnished reputation is much more important than where to sink 30-40,000 more troops in this huge, unforgiving country.

Who can provide this new script? The US ambassador? Mr Karzai's staff?

Mr Ghani waves away each of my suggestions. While I sense that he sort of fancies himself for the role - and is undoubtedly being sounded out by the president in the more broadly based government he has pledged to create - the former minister eventually suggests that a new UN envoy is needed.

The current incumbent, Norwegian diplomat Kai Eide, is a sober international civil servant, rather than a man with Madison Avenue skills at selling a new, cleaned up, Afghanistan. 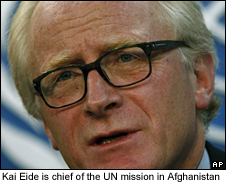 Who might do it better? It is not so long since Mr Karzai blocked the appointment of Lord Ashdown - presumably because he had too clear and emphatic a personal vision of the way ahead.

So the question of who can "fix" governance in Kabul remains central to what happens next, but unanswerable for the moment. If it turns into a team of writers - say a couple of Afghans, Americans and a UN figure - one imagines that General Stan McChrystal must be part of it.

For while the political manoeuvres take place in Kabul he and his Nato forces must hold down the Taliban revolt.

Of course, that is centred in the south which is where, after an all too brief stopover in this city, I am heading.