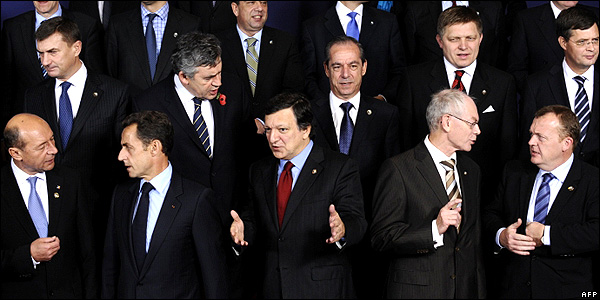 BRUSSELS: The prospect of the Lisbon Treaty coming into force has touched off a flurry of back room negotiations here.
None of it is going to boost the image of the European Union as a democratic, accountable, international body.

Next week's probable ratification of the Lisbon Treaty by the Czech Republic (the last it needs to come into force) has produced a classic Brussels dog fight over who should get the plum jobs of president and high representative for foreign and defence policy.

The treaty is meant to streamline the larger union and gets its process working better, but the fact that so many countries have felt unable to put their endorsement of the treaty to a popular vote hardly boosts the sense that Europeans are longing for it.

In its previous incarnation, the constitution, it was demolished by referendum "No" votes in France and the Netherlands.

So now many of the features of the constitution, such as those two new top jobs, have come in via the treaty, the diplomats are engaged in much febrile discussion on the margins of this summit.

Ripples from the sidelines

The people running this occasion would like it to concentrate on the issues of climate change and saving European jobs. 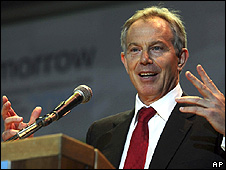 But now that former UK Prime Minister Tony Blair is being mooted by some for the president's job, and Foreign Secretary David Miliband for that of high representative, there is only one story as far as the British press is concerned.

Certainly many journalists from other countries would rather cover the business of this summit straight, but the ripples emerging from meetings on the sidelines of the European socialists and centre right groups - in which each bloc has already started the horse trading needed to come up with a unified candidate - means that almost everyone here is now showing interest in this issue.

Some suggest that the centre-right bloc, as the dominant one in European politics at the moment, will expect to call the shots on the president's appointment and the socialists, as their consolation prize, on the high representative.

This is clearly better news for Mr Miliband than Mr Blair, for one thing is clear, Britain cannot expect to get both plumb jobs.

So Prime Minister Gordon Brown, who has enthusiastically backed Mr Blair's candidacy, did not look too pleased about it this afternoon when rumours leaked out about the apparent popularity of Mr Miliband in the socialists' group.

Mr Brown denied that his foreign secretary had been put on any kind of shortlist for the high representative's job.

Even Mr Miliband has denied he is a candidate. If he were to show enthusiasm for it, Mr Blair could easily be undermined in his quest for the bigger job.

All of this though simply strengthens the impression that the ratification of the Lisbon Treaty will not usher in some great change in the way the Union does business.

Rather the back room dealing that has typified the Brussels process is continuing in grand style and that, incidentally, may well finish off Mr Blair's chances of gaining the president's post.