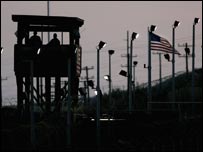 Honeymoon, honeyshmoon, Barack Obama has already discovered that to enter the world of government is to join battle with a host of critics and naysayers. His decision to suspend trials at the Guantanamo detention centre has aroused objections from defendants accused of organising 9/11.

Surreal as it might sound, Khalid Sheikh Mohammed and three others who have pleaded guilty to the charges have asked for their trial at the high security US facility on the island of Cuba to go on. These four alleged al Qaeda kingpins have said that they would welcome martyrdom, and it seems the new president's gesture towards civil rights activists and world opinion is just getting in the way.

If this sounds bizarre, consider two other objections that have emerged to the suspension of the military tribunals. The first is that finding a new way to try certain prisoners and discharge others will just add further delays.

Some, doubtless will consider the wait worthwhile if it thwarts military trials but for many, any move that extends for months or even years the Kafka-esque legal limbo in which they have been held can hardly be welcome. Guantanamo was intended as a short term solution to the problem of holding 'enemy combatants' but once the lawyers got involved defining the nature of trials that would take place there, it got bogged down in legal treacle. 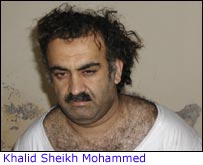 The second issue is this. If President Obama is seen to rush the closure of Guantanamo, and some former inmate is involved in attacks on the US or even US forces overseas it could generate an al-Qaeda Willie Horton on steroids. He was a prisoner serving a life sentence for murder who committed rape while on a weekend leave from jail. Horton was used in Republican attack ads to sink Michael Dukasis's presidential hopes in 1988. In fact it would not even require a former inmate to produce this kind of political attack - simply (heaven forbid) a mass casualty terrorist attack on the US soon after the new president closed Guantanamo.

I imagine the new incumbent of the Oval Office is not too worried about getting on the wrong side of Khalid Sheikh Mohammed. But let's keep an eye on Guantanamo and we'll see how long it takes to come up with a solution for the prisoners there. For by making the prison camp an issue to be dealt with on his first day in office he has tried to give Guantanamo a key role in his quest to restore America's good name in the world. But if the issue is not dealt with swiftly, safely, and fairly, it will acquire a quite different symbolism.