Have we failed to learn lessons of Iraq WMDs? 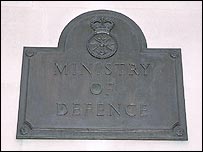 The Government is cutting its Defence Intelligence Staff, despite warnings that doing so could make a repetition of the Iraq Weapons of Mass Destruction saga more likely. The Ministry of Defence is moving to eliminate 122 posts in the DIS, more than one fifth of its strength.

In 2004, an inquiry into the intelligence that led Britain into the Iraq war chaired by Lord Butler, former head of the civil service, argued that DIS should be strengthened. His report called the DIS "crucial", said it needed to be integrated "more closely" with the intelligence community in order to serve "wider national priorities". If that required more money from central funds, argued Lord Butler's team, "we would support that". The government said at the time that it accepted the Butler recommendations. 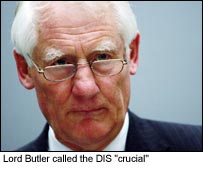 During the run up to the Iraq war, the DIS proved to be the only part of the government machine that seriously questioned the way that the case was being argued. Brian Jones, a senior defence intelligence analyst and key witness at the Hutton inquiry, has told Newsnight that the cuts show that lessons have not been learned from the Iraq saga. They have also been criticised by John Morrison, formerly Deputy Chief of Defence Intelligence and advisor to Parliament's Intelligence and Security Committee. He has told Newsnight that the cuts are "extraordinary" and make a repetition of the mistakes in Iraq intelligence more likely. You can see more of their thoughts in the report at the end of this post.

Defence Intelligence currently has 590 people working in central London. They come from a variety of civilian and military backgrounds and are the government's largest organisation for analysing information - much of it secret - about the wider world.

Many in Whitehall fear cuts to the DIS, not just because Britain's forces are engaged in active military operations in Iraq and Afghanistan, but also because the organisation plays a key role in licensing defence exports, preventing other countries from acquiring WMD technology in Britain. 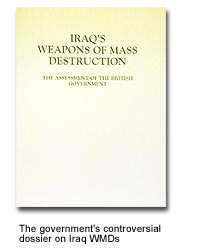 Under the new 'Streamline' programme, the MoD will cut 122 intelligence jobs and move 73 out of London. The aim is to reduce the number working in the centre of the capital to below 400. Prospect, the trade union representing many of the civilian intelligence analysts says the head count is important because the cuts have resulted in part from the ministry's desire to squeeze all its Head Office staff into a single building, closing down the current DIS headquarters in the Old War Office Building on Whitehall.

In documents seen by Newsnight, the MoD says its aim is to create "a flatter, more customer facing Head Office structure with more focussed prioritisation of resources". Other branches of its headquarters staff are being cut by a similar amount. It was however one of the Butler review's recommendations that funding could be available from the central intelligence budget precisely to prevent the DIS falling victim to 'equal misery' defence spending cuts.

In a statement to Newsnight today, the current Chief of Defence Intelligence said "The Defence Intelligence Staff remains of critical importance to defence and security and is recognised across Whitehall as a key asset. The area is funded for what it is being asked to do from the central defence budget and will continue to support the Armed Forces and contribute strongly to the intelligence community's work across government."