On a recent trip to Afghanistan, I savoured the surprise when I told British or American soldiers that my first embed had been with the Soviet Army, in Afghanistan, in 1988. In fact, I even accompanied the Soviet brigade that had garrisoned Helmand Province - now Britain's responsibility - as it withdrew from that country.

The world in which my early adventures in journalism took place seems so different. The Cold War was a huge defining fact for hundreds of millions of people. We were high with the heady excitement of Mikhail Gorbachev's reforms and the only high profile Blair was a dancer called Lionel.

Back then we devoted endless column inches to largely symbolic issues such as the updating of Nato's nuclear arsenal. Back then we probably could not have conceived of the kind of symbolic stories that might have power in 2007 or 2008 - for example that a Danish newspaper, by publishing some cartoons, might trigger outrage around the world, murder even. 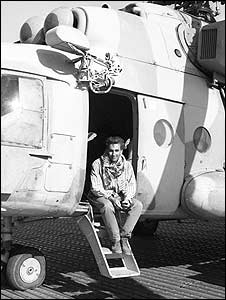 At the time of my early forays in Afghanistan, I was working for The Independent newspaper as Defence Correspondent. I had got there via a short spell in the British Army, an International Relations degree at the London School of Economics, and the BBC's TV production training scheme. Long before I ever appeared on Newsnight, I had been an assistant producer on it, and indeed on a variety of other programmes.

The journey from Cold War to a global struggle based upon religious or cultural identity has been a long one. There were times, in the early 1990s, when experts declared that the big ideological conflicts were over - the end of history one called it - and many foolish media moguls cut back their foreign and defence staff as a consequence. During those years of dizzying change I charted the collapse of the Soviet Union and the emergence of a New Russia and many independent republics. I spent one night in August 1991 roaming the streets of Moscow, looking for a statue of a communist leader to pull down. It felt like being an eyewitness to the storming of the Bastille.

In the disorderly rout of communism, time and again on our assignments we saw the basic instincts in human relations reasserting themselves. Through the early seismic struggles in the Balkans through to today's conflicts, realtions that conditioned the world before the East-West deep freeze have shown up again. These were not just the tendency of people to band together with those of the same colour, religion or nationality but also of humanitarian impulses, the struggle for international justice or the desire to help people far away in crisis. 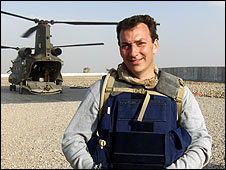 Covering world events during these two decades, I have had the pleasure of many assignments that were about peace or the avoidance of conflict rather than 'bang-bang'. My time as the BBC's Jerusalem Correspondent coincided in 1993-1994 with the Oslo peace process, the withdrawal of Israeli forces from some occupied territories and return of Yasser Arafat. In the Balkans too I reported on the avoidance of conflict in some places, such as Macedonia where a timely European intervention headed off the threat of war.

While the ideological flavour of world events may have changed markedly the basic struggle of every society from Huddersfield to Herat - for peace and prosperity - remains a constant, a universal aspiration. Old problems, like governing Afghanistan, have a way of coming around again in different forms, and that is when two decades of experience can stand you in good stead.