Pakistan: Has the ceasefire with militants collapsed? 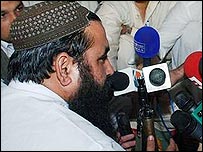 The Pakistani army is operating against Taliban in the tribal areas once again, and Baitullah Mehsud, the most prominent of the militants says his truce is over. Other armed groups are following his lead.

If the tentative peace negotiations begun since Pakistan's civilian government was elected in February are over, then it is a factor of the gravest importance for that country and the wider region. Mr Mehsud, after all was blamed by the Pakistani president for a reign of terror that included the assassination of Benazir Bhutto and scores of bombings.

The tribal areas, moreover are the key sanctuary for three distinct groups of Islamist fighters: the so-called Pakistan Taliban of Mr Mehsud and his ilk; Afghan Taliban operating against Nato troops across the border; and the foreign fighters of al-Qaeda - Osama bin Laden and his confederates still believed to be hiding in those mountains. If things go badly wrong there, the results could be calamitous.

In recent weeks armed militants have been acting publicly with increased confidence across the tribal areas. "Just about everywhere is occupied by them", one of my contacts living in one of these agencies tells me, "they seem to be gaining ground". On Friday, a crowd of 5,000 Taliban staged a show of strength on Bajaur, publicly executing two men who were accused of spying for the Americans.

This show of defiance, coupled with threats against the main road through the Khyber to Afghanistan, triggered military action by the Pakistanis on Monday. Some 700 troops from the Frontier Corps were sent into the Khyber Agency to regain control of the route and force the armed groups back into the shadows.

So does the current fighting mark the end of hopes for a negotiated settlement between the Pakistani government and its home grown militants? I think it is premature to say that it is all over. Anybody who knows the turbulent politics of these mountainous tribal areas understands that, ever since the Raj, they have been ruled through a mixture of dialogue and coercion. Even Baitullah Mehsud, quoted by the news agencies on Monday, said that it would be, "very unfortunate for the Pakistani nation if fighting starts again", implying that there was still a rubicon to be crossed. 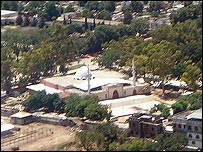 On the other hand, the trends over the past couple of years have not been at all encouraging. President Musharraf tried negotiated agreements but ended up confronting the militants from July 2007 when he ordered the storming of the Red Mosque in Islamabad. There followed months of bombings and operations by the army in tribal areas. After thousands of security forces casualties, the current negotiations seemed to arise because of weakness on the government's part, or exhaustion at least, rather than strength.

Furthermore, while the pattern of 'punitive operations' in the time of the Raj was that an outrage would be followed by official retribution, it appears today to be reversed. It is the Pakistani offensive in the Khyber Agency that may require the making of examples - by the militants. One contact in Peshawar told me today, "everyone is expecting retaliation after the operation, almost all of the Taliban groups that were negotiating with the government has announced they are breaking their peace accords, so we expect attacks on the troops, government buildings and other installations in the near future". 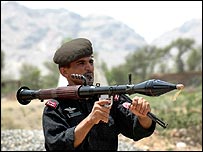 The signs then are distinctly ominous, even if is not right to assume that any hopes of negotiated settlement are gone. If civilians in Peshawar are bracing themselves because the security forces have had the temerity to challenge public executions of alleged 'collaborators' by militants and displays by thousands of armed men, then it is clear enough that the talks of the past few months have not yet delivered any kind of lasting settlement. Furthermore the danger now appears to be that the Pakistani Taliban will try to lock their government into recognition of their current powers and privileges, rather than giving up the de facto control they have achieved in the tribal areas.

In choosing how to respond to this challenge, the Pakistani government is bound to put the peace of the 'settled areas' - the country's main centres of population outside the tribal belt - ahead of cooperation with Nato in Afghanistan or America in the elimination of al-Qaeda.