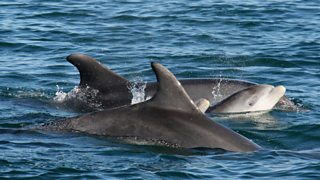 This year has certainly been an unusual one for all of us. But, determined not to disappoint our regular and dedicated supporters, our annual National Whale and Dolphin Watch went ahead from 25th July to 2nd August with a few tweaks to observe the new rules. This annual public event brought together many like-minded people in a successful citizen science project to observe and record not only cetaceans (the collective name for whales, dolphins and porpoise) but also turtles, basking sharks and sunfish along with our resident seal species, grey and harbour seals. The safety of the public was paramount and, under the guidance of Sightings Officer Chiara Giulia Bertulli, online training was implemented to replace face-to-face instruction.

Hundreds of people throughout the UK got safely involved, either as individuals or in close family groups, in a concerted effort to conduct watches along our coastline. Due to this fantastic response we received nearly 1200 sightings which included many different cetacean species. 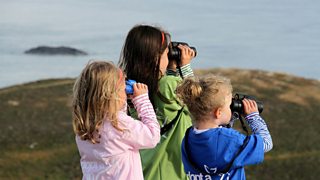 Sea Watchers of all ages and from over 280 locations were keen to get involved. Image by PGH Evans

The valuable data gathered through the patience and efforts of our volunteers will help in supporting, conserving and protecting cetaceans around our coast. Recording their presence is vital for our knowledge of distributions, movements, habitats and human pressures so that we can help conserve and protect them in our waters.

From Dawn to Dusk

Although the weather was variable, it didn’t dampen the spirits of Sea Watchers throughout the UK and some stalwarts on early watches were serenaded by a dawn chorus whilst others remained watching well into the evening. Over the years our volunteers have witnessed some beautiful sunrises and sunsets. 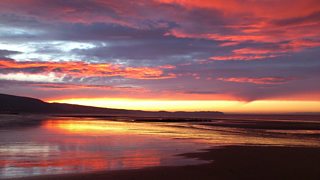 Golden sunsets are an added bonus. Image by R. Bointon

It wasn’t just human families that came out in force during the National Whale and Dolphin Watch. We observed family pods of cetaceans too. The bond between mother and calf is very strong, sometimes lasting for several years. Harbour porpoises were spotted frequently from every region around the UK. During summer months, mothers can often be seen with a calf swimming very closely at her side. 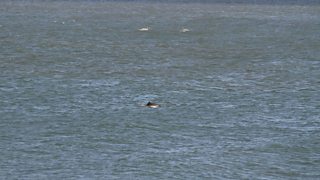 Our smallest cetacean, the harbour porpoise also known as the ‘puffing pig’ due to the sound it makes when exhaling through its blowhole! Image by R. Bointon 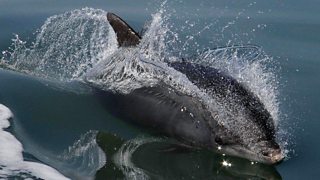 Along with many species of dolphin, some notable sightings included pods of orca (killer whales) and humpback whales spotted off the coast of Scotland. 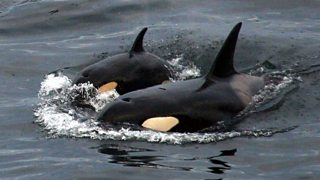 A killer sighting! Orca were spotted off Shetland and around Caithness. Image by C Bird 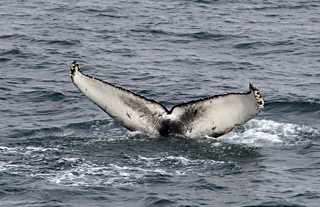 This year we also recorded seals. Harbour seal pups can swim as soon as they are born in June or July but grey seal pups mostly remain on dry land before being weaned at around three weeks old. It is important that the mother/pup bond is not broken and we need to respect seals when we are observing and recording. 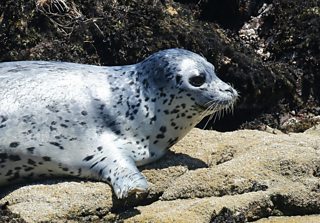 Harbour seals are also known as common seals but grey seals outnumber them in the UK. Image by PGH Evans 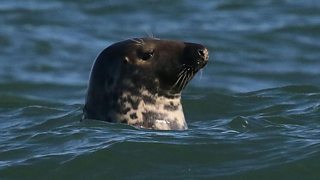 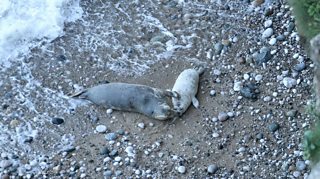 Of course, you can join in as a sea watcher at any time of the year. The sheer joy experienced when spotting your first cetacean is hard to express. The glimpse of a dorsal fin breaking the water is unforgettable and experiencing other peoples’ enjoyment is uplifting. You can get involved by becoming a regular observer and Sea Watch member. 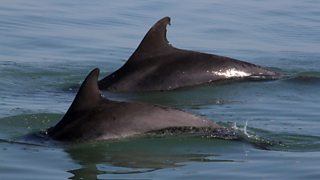 Recording is now even easier!

We’ve also developed a new app that makes it even easier to identify and record marine mammals. We look forward to welcoming our dedicated sea watchers and new volunteers again for our National Whale and Dolphin Watch 2021.

A ‘berry’ worrying time for blackberries?

What’s with all the acorns this autumn?