Could dropped litter be devastating for red squirrels?

By Justin Matthews, ranger at the National Trust’s Formby 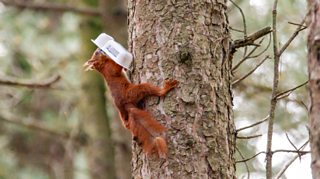 We all know that litter is bad news for wildlife.

Reports of birds, livestock and sea life tangled in plastic or ingesting litter are commonplace, and, despite the huge surge in public awareness on issues like single-use plastic, they seem to be increasing. But could litter also have fatal consequences for our red squirrels?

That’s what’s been concerning us recently at the National Trust’s Formby, in Merseyside, after a red squirrel was photographed carrying a plastic food container back to its nest.

Beauty spots across the country, including here at Formby, have seen an influx of visitors this year – and in many places, a steep increase in the quantity of litter being left.

Dropped litter poses a real threat to our red squirrels, particularly as they begin foraging for the winter months. Woodland creatures are inquisitive, and can mistake plastics, cans and other materials for shelter or food, or become injured from sharp packaging. 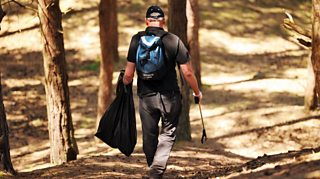 Picking up litter at Formby National Trust by John Millar

Squirrel pox is one such deadly disease. It was introduced in the nineteenth century when the Victorians brought the North American grey squirrel to Britain.

In 2008, a devastating outbreak wiped out 80% of the red squirrel population here in North Merseyside and West Lancashire. Unlike their red counterparts, grey squirrels are unaffected by the disease.

Work has been ongoing to stop the spread. Here in Sefton, the red squirrel project led by staff and volunteers of Lancashire Wildlife Trust has been active since the mid-1990s and bi-annual monitoring undertaken consistently since 2002. Despite a local outbreak at the end of 2018 being a cause for concern, we’re hopeful that the autumn 2020 data will bring some positive results. 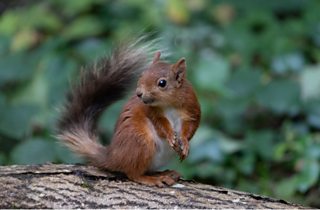 There are wider solutions too. The National Trust is involved in action coordinated through the UK Squirrel Accord group. Through this, we are supporting research into monitoring disease outbreaks in red squirrels, including a bacterial infection that can be spread from humans, and researching a contraceptive to reduce grey squirrel numbers.

We’ve also been championing the ‘Leave no trace’ message to encourage people, wherever they are, to take all their litter home when they visit the coast and countryside.

Meanwhile, across the Irish Sea at the Trust’s Mount Stewart, near Belfast, numbers of red squirrels have quadrupled in the past five years. This success is reflected across our estate, where work to restore woodlands and develop wildlife corridors has played an important part in increasing red squirrel numbers across the island of Ireland. While the reds aren’t out of the woods yet – it’s a positive sign that the species is recovering. 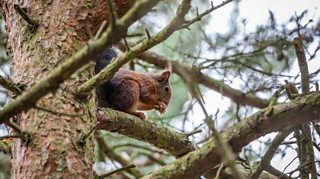 Autumn is a particularly active time for Formby’s red squirrel population. It is part of their nature to forage for food to store in preparation for winter.

If they are collecting food packaging dropped by visitors, that could really affect our ability to restrict the spread of squirrel pox and other diseases. So the best thing you can do to help us protect our much-loved red squirrels is to avoid feeding them or leaving any litter, especially litter that may contain food.

Importantly, if you see a red or a grey squirrel at Formby, please report it to the Lancashire Wildlife Trust.

Gardening on the wild side