There’s a Japanese export that’s changing the way we think about our world. But it’s not a flat screen, nor is it a new smartphone, or even a new 4x4. It’s far more wholesome than that.

Forest bathing – the practice of taking time to relax surrounded by lofty woodland - has become one of the hottest new trends for 2017. It comes from the Japanese 'shinrin-yoku' which means taking in the forest atmosphere.

The tonic of the outdoors is known to have a huge impact on our health. It’s hard for anyone to doubt the whistle of the breeze, the low rumble of a fallow deer treading by, the gurgle of a falling stream are beneficial to helping us feel relaxed. But now it’s thought that trees holder a deeper power, one that can totally de-stress us in a way other environments can’t. 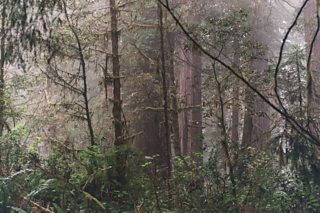 "It’s hard for anyone to doubt the whistle of the breeze, the low rumble of a fallow deer treading by, the gurgle of a falling stream are beneficial to helping us feel relaxed." 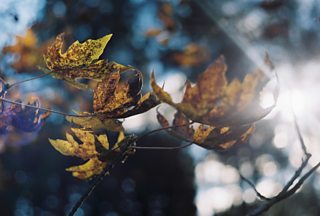 The Japanese have one of the world's longest working weeks. The BBC previously reported that 22% of the Japanese population - a staggering 27 million people - were working more than 49 hours a week.

Outside life in the high-rise office blocks of Toyko, people living on the archipelago have been embracing forest bathing for more than three decades. The country's government has officially recognised it as a way for its super-stressed citizens to shake off the worries of life in hectic metropolises.

It's becoming a huge industry for visitors too. One company based out of Wakayama Prefecture, south of Osaka, is reportedly charging up to £2,500 for eight days of forest bathing respite.

The benefits of forest bathing are said to be far-reaching. Being surrounded by nature and not man-made objects immediately isolates us from the modern world. The absence of a smartphone, laptop, or the din of thousands of push notifications an hour is relaxing enough. But truly appreciating the environment around you, calmly and without distraction, is said to have numerous benefits.

Those who teach the 'art' of forest bathing claim it can; lower blood pressure, reduce stress, improve energy levels, increase sleep quality, and enhance concentration. Alongside that the experience is said to highten friendships with those around you by making memories and strengthening bonds between people.

"It's an urban reserve which is densely populated by trees, so it'd be ideal."

The phenomenon is starting to gain traction in the UK, too. Organisations are now looking at how they can jump on the trend and set up their own centres for people to go and relax at. The RSPB is one of those organisations. A name normally associated with birds and vast swampy reserves, the charity has decided to entertain the idea of forest bathing at one of its sites, for now at least.

"We're still very much in the planning stages," Samantha Lyster, who looks after communications for the organisation in the Midlands, told me. "But we're looking at the Sandwell Valley reserve near Birmingham as a potential location. The thing about it is that it's easy accessible by public transport" she continued.

"It's an urban reserve which is densely populated by trees, so it'd be an ideal place to trial it."

Set in a triangle between the M6 and M5, the reserve is a stone's throw from West Bromwich and a little further from Birmingham's city centre. The organisation is drawing on the passions and experiences of its staff to set up the project, which will be based in deciduous woodland with a mix of oak, birch, ash and hazel trees, which it says "lend themselves perfectly to the practice."

The crunch of fallen leaves below your sole, the whistle of the breeze in the branches enough, and the smell of bark invading your senses. It sounds relaxing, for sure.

Some have even suggested forest bathing could be prescribed by the NHS to patients living with depression and anxiety. In 2014, the Woodland Trust revealed the state could save £2.1bn a year, should it begin to prescribe "the great outdoors" as the treatment for some of the country's ails.

As we balance our hectic lives in the modern world, short sharp experiences of nature are becoming more popular, allowing us to get away from it all, without being far away from it all. More than half the world's population currently lives in urban environments, a figure that's set to rise to 70% by 2050. We may find that getting some peace and taking 'downtime' through activities like forest bathing will become more mainstream as a popular way to relax.

Find out more about finding peace in nature by watching Paul's story...

My Garden of Poetry

Barmy about bats...an insight into the species found in the UK