It's not all about the photography...

Wendy Cooper is a regular contributor to the Springwatch Flickr groups. here she talks about how she got into photographing our wonderful wildlife. 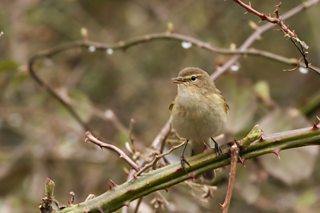 A few years back I started dabbling in photography again and decided to try and learn how use a DSLR properly, instead of the previous haphazard approach I had taken when using film, many years previously.

I have always had an interest in nature although for a very long time I hadn’t paid any great heed to the natural world around me, however, now I needed something to take photos of as well as to inspire me!

I started out by going for walks on the area of farm and woodland near to where I live and began to ‘see’ for the first time, instead of just looking and thinking ‘that’s nice / interesting / pretty’ began to observe and take an interest in the creatures living around me. The first attempts with the camera were execrable to say the least, however after a while I started, just occasionally, to get images that were a bit better than ‘record‘ shots: 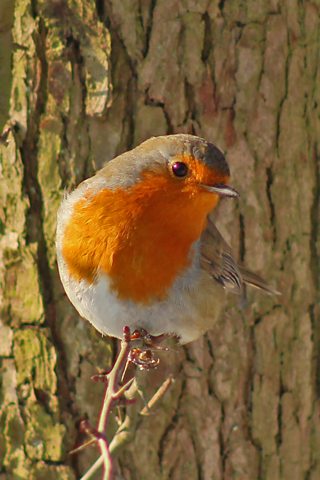 I also began to get curious about who or what I was photographing – what were they doing? Why were they doing that? What did that song mean? Was it a declaration or a warning? What’s that insect? What are those flowers called and who lives off them? I was (and still am) amazed at suddenly how many beautiful things, flora or fauna, I was seeing - A spark had been lit as I got and remain more and more curious about it all fits together.

Having never really been one for notebooks, I decided to put the camera to practical use and keep a photo diary of the birds I was seeing and where possible some of their behaviour. I had a real learning curve with the camera, especially during that first spring, when for the first time I saw and then observed a pair of Great Spotted Woodpeckers from making a nest hole to raising a brood of youngsters. I would crouch in a tangle of brambles some way away so as not to disturb them and watch; an added bonus to this was, I also began to observe more of the other inhabitants of the local woods going about their business - at one point, I found that the Great Spotteds’ neighbours were Green Woodpeckers, who were nesting in a nearby tree as well ( I didn’t even attempt to observe these as they were extremely wary) and often spent time there accompanied by inquisitive squirrels, wondering why a human was hiding in the brambles! 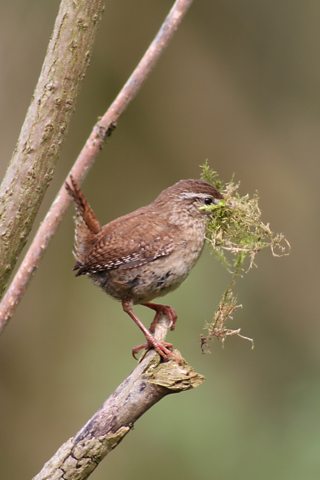 Over the following couple of years I began to record the appearance of different creatures through the seasons and observe how they all ‘fit’ together in the grand scheme of things. I love watching the local woodland ‘waking up’ after winter, with the plants re-appearing, then the insects feeding on the plants, then the birds courting, followed by the summer months, when I usually end up photographing butterflies, bees and other mini-beasts whilst the birds are all busy raising their young. Towards the end of summer and in the autumn, I start to see the birds appear again as well as enjoy the grand finale of colour that autumn provides and in the winter, I watch and wait whilst Nature is apparently asleep, but there is still a lot going on! 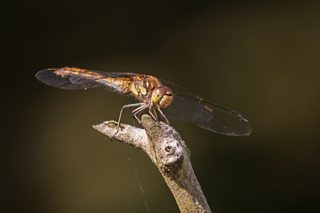 Going out and seeing all this, absolutely delights and amazes me and is certainly a wonderful antidote to being in an office all day; I am certainly no expert on much of what I observe, however, by looking at close quarters through the viewfinder, I seem to notice more and have learnt just how much beauty there is out there, even the common everyday species going about their business always puts a smile on my face!

On occasion, I get to see (and photograph) something a bit different, this year for example, I saw my first Weasel at close quarters as well as my first ever Common Lizards, both on my local patch – as with the ‘everyday’ creatures, I suddenly had a bit of reading up to do, to try and learn about those species’ lives – nowadays, it’s not just a case of ‘that’s nice’ I am trying to learn a bit more about who I am watching. 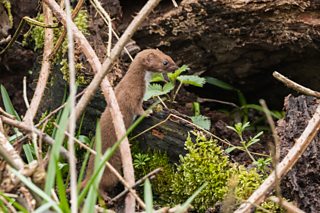 It has now become a standing joke with my Husband, that I cannot go walking, anywhere, without the camera coming along too – when we are away in Norfolk, Suffolk or more recently Gloucestershire, on a ‘just in case’ basis. As the areas we visit are very different habitat to the farmland at home, we get a chance to see different creatures and as with the ‘patch’ at home, a photo-diary has also been kept of the creatures I see on these trips.

So what about the photography? Well instead of a pile of tatty notebooks, I have a collection of images that allows me to share some of what I have seen; most times I take a lot of shots or sequences – capturing the moment (have you ever looked at a photo of a bird singing... and can hear the song?) behaviour, habitat, and details and so on, always trying to get the best image I can. I try to photograph everything, from wildflowers to insects through to birds and mammals – they all have a role and relationship in nature. I don’t get to photograph everything I see – even with patience, the subjects simply do not always cooperate! The welfare and comfort of the creatures I am watching unquestionably always comes first, so a photograph is always a bonus and is not to be achieved by disturbing the subject – I am, after all, a guest in their territory.

Over time, I have managed to gradually improve and take images that I am not embarrassed to share – occasionally I manage an ‘Oh Wow!’ photograph, but that aside, nearly all that I take ends up on Flickr as well as being shared on Twitter, Facebook and my website, where there are occasional blogs about what I’ve been seeing and a few galleries of my better or favourite efforts. It delights and inspires me watching the natural world, so if by sharing my images the same spark of passion and interest is lit for someone else, why not? Through photography, I’ve also become acquainted with like minded folks, whose passion, interest in and certainly, knowledge of the natural world far exceeds mine - whilst I get to learn from them, see nature through their eyes, and to add to my wish list of creatures to observe, I also get to see photographs that I can only aspire to taking!

You can see more photos from Wendy and thousands of other fantastic photographers on our Winterwatch Flickr group. If you have any you'd like to send us, feel free to upload them.