A ‘berry’ worrying time for blackberries?

The best questions are those you’ve never been asked before. So, when an Autumnwatch producer asked me whether any of our berry-producing plants are in decline, I paused and replied, “nobody’s ever asked me that before!”. Digging out the answer revealed a real surprise. 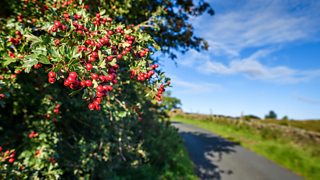 I adore blackberries. In the halcyon days of my childhood on the farm, mum and I would scour the autumn hedgerows hunting them down. Mum had a real talent for finding bushes with the tastiest fruit, avoiding poorly flavoured berries and those annoying ones that fall apart as you pick them. Although she didn’t know it, she was actually an expert at selecting different blackberry microspecies. Astonishingly, there are over 330 different ones in Britain, and any hedgerow is likely to have several growing together. You can usually tell them apart from subtle differences in their leaves, flowers and - as my mum inadvertently knew – their fruit. 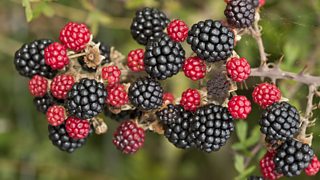 Blackberries are so ubiquitous, and their harvest is usually so abundant, that I’ve never really thought they might be in decline. But the evidence actually suggests that might be the case. Data from national surveys indicate that over the last 30 years there’s been a moderate decrease in the distribution and abundance of blackberry plants. This is quite a surprise and rather difficult to explain but might be down to increased ‘tidying’ of the countryside, especially of the marginal places - field edges, scrublands, roadsides, railway banks and waste places - where these vigorous and rather ungainly bushes often flourish. 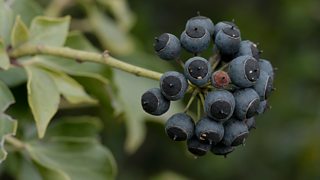 And it’s not just blackberries. That wonderful climbing plant ivy offers another bountiful harvest for wildlife and seems to be abundant in hedges, woods and scrubland. Yet it too might have suffered a moderate decline over the last 30 years or so. Once again, increased ‘tidying’ could be the culprit as this is another plant that can ‘get out of hand’ in the eyes of those who like to keep their gardens ‘tidy’. 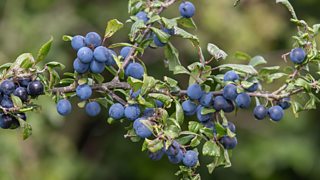 It’s not all bad news though. Many of our other hedgerow berries - hawthorn, sloe, elderberry, honeysuckle and rosehips - show slight declines, but the data are not statistically significant, and these plants are all probably just as widespread and abundant as they’ve ever been. 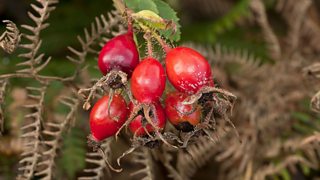 Indeed, other species seem to be bucking the trend and spreading. Wild cherry, bird cherry, guelder-rose and wayfaring-tree are all much more abundant than they were in the 1960s, undoubtably because of their widespread inclusion in planting schemes. 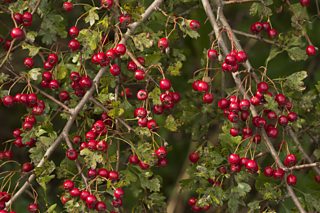 Of course, these very gradual changes in the national distribution of trees and shrubs takes years to become apparent, and it isn’t connected to the actual abundance of fruit in our hedgerows each year. This is much more to do with annual weather patterns. This year we had one of the driest, sunniest springs on record, which encouraged lots of pollinating insects to come out just when the hedgerows were in flower. This was followed by a warm, wet summer, which has helped swell large numbers of fruit. It’s proved to be the perfect combination for a bumper crop, and I can’t remember seeing so many haws, sloes and rosehips in the hedgerows for years. 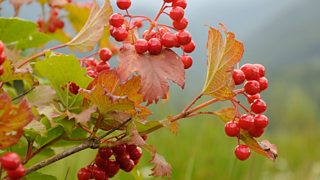 As well as lots of blackberry crumble, I’ve even made rosehip syrup for the first time since I was a child, when my mum made many bottles of the sweet liquid, rich in vitamin C and sunlight, for us to drink. And, now that I’m all grown up, the bottles of sloe gin we’ve also made will go the same way too! 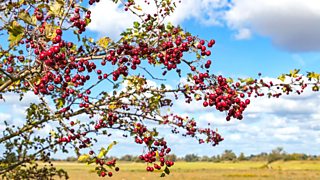 If you want to identify hedgerow fruit, why not download our Spotter Sheet.

What nature really means to us