NatureScot’s Isle of May National Nature Reserve (NNR) manager David Steel describes what it’s like to live and work alongside one of the biggest and most important grey seal colonies in the UK. 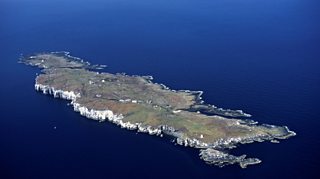 Aerial view of the Isle of May

As reserve manager for the Isle of May, I’m lucky enough to live and work on the island from mid-March right through until mid-November, experiencing all of the many changes that take place over that period, from glorious long summer days filled with puffin to the cold and storm-driven autumn months. 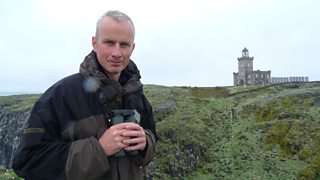 The island, owned and managed by NatureScot, is renowned for its seabird cities with more than 40,000 pairs of puffins as well as many thousands of guillemots, razorbills, kittiwakes and shags nesting on the cliffs during the summer months. Autumn is a period of great change, as we say goodbye to the seabirds heading off to their wintering grounds - some to the other side of the world - after a long, hard summer raising young. 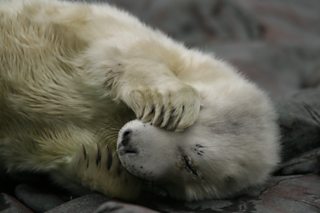 Early autumn also brings small bird migration as birds heading south for the winter use the island as a service station, refuelling, resting and taking shelter before continuing their long journeys south. We also act as a gateway to Scotland for other birds such as fieldfare, redwing and blackbird escaping the harsh winter weathers of Scandinavia. They move through the island in their thousands as they head westwards to the safety of the mainland. 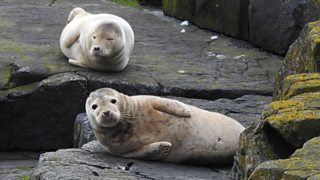 As the birds depart, the seals move in

It’s the arrival of the grey seals that is really exciting however, as the mums (known as cows) start gathering at well-known nurseries on the island. Eventually the first few will move up and give birth. We usually spot our first young seal, or pup, on the island in mid-September and over the following two months 2,500 pups are born across the island – an amazing sight! 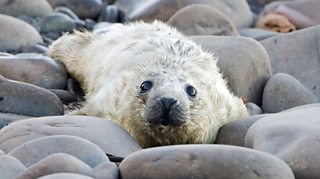 The cows will stay close to the pups for three weeks as the new born are weaned on their rich, fatty milk. As the numbers increase, the males (known as bulls) also arrive and the island is covered in thousands of adult and young seals, with peak birthing occurring in mid-November. 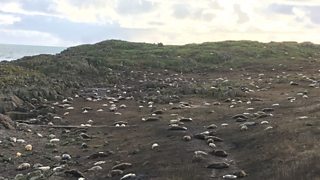 For me, it’s a fascinating time to live and work on the island, experiencing all the drama, trials and tribulations of the colony. From stepping over grey seals literally on the doorstep, to nail-biting moments as young seal pups are swept up by autumn storms, there is never a dull moment. 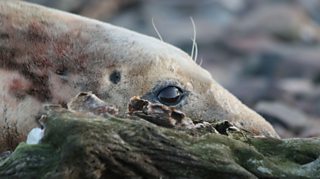 Working alongside these majestic animals is a real privilege, but it is also not without its occasional difficulties! It’s important the seals are left to get on with the job of raising a young pup and so we are very careful not to cause disturbance. This sometimes means dashing around the island to complete all my work in their favourite areas before the seals arrive, so time can be of the essence. 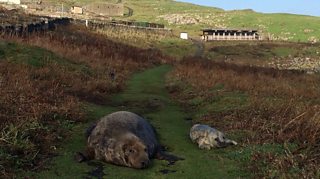 As these large animals take over the Isle of May I very much feel that the island belongs to them; we are the visitors to their natural world and I feel very lucky to witness this great autumn spectacle first hand. 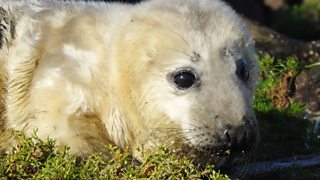 As it’s one that usually not many people get to experience, we’re delighted that thanks to the Autumnwatch cameras this year we can give everyone a front row seat on all the joy and drama of the colony.

Why should we care about insects?

From pitheads to plover – helping nature thrive after industry