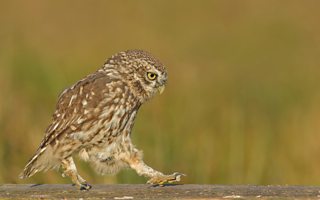 Do you know your tawny from your barn or the difference between your short and long ears? This Wing Tips guide gives you everything you need to tell apart our British owls.

The Tawny owl is perhaps the most familiar of our owl species. About the size of a woodpigeon, you are more likely to hear this bird than see it. That 'toowit toowoo' that is so commonly heard both in the woods and on the tv is actually two tawny owls calling to each other.

Tawny owls are masterfully camouflaged in their woodland homes, using their beautiful mottled brown plumage to blend in to the trees.

They live on a diet of small mammals and birds, and their memory centres in the brain are so well developed they can build a virtual map of the landscape to avoid flying into trees. A good way to encourage and help tawny owls is to put up a nest box for them, especially if you live close to woodland or a park.

Tawny owls are having a bit of a bad time at the minute, and have recently been added to the Amber List of endangered species. 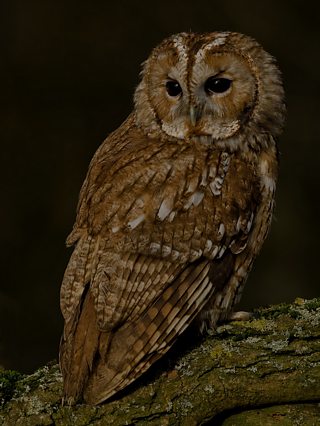 The barn owl is a beautiful, ghost-like bird that is best encountered near farmland. Their name comes from their penchant for nesting in old barns, but will naturally use holes in old trees as a home.

Their beautiful white plumage makes it hard for a small mammal looking up to see it against the sky, and they have special feathers on their wings that allow air to easily pass over them. This gives the barn owl the ability to fly in absolute silence.

A barn owl's big, heart-shaped face acts like a satellite dish in picking up sound. They have off-set ears, with one higher than the other. This means that they can use their amazing hearing to accurately pin-point the exact location of a mouse or vole from the tiniest movement.

These birds are nocturnal, but can be seen hunting at dawn and dusk, especially when they have hungry young owlets to feed. Cold winters can devastate barn owl populations as their prey is covered safely by a blanket of snow, but they have developed an amazing strategy to overcome this. Barn owls can breed all year round, providing conditions are right. It is not uncommon to see barn owl chicks fledging right into November in the UK. Did you know that the barn owl is one of the most widespread birds in the world, found on every continent except Antarctica? In the UK they are not a species of concern as the recent efforts from conservationists have helped this bird find its way back on to the Green List. 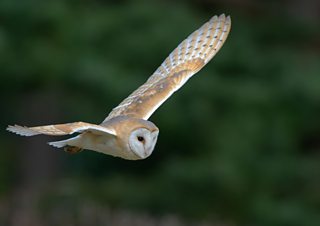 The short-eared owl is a moorland specialist, and is often seen hunting during the day. In flight, their heads appear perfectly round, but when perched they can have two short tufts, resembling ears.

They are a mottled brown colour and have pale underwings and fiery, yellow eyes. At a distance, they can be confused with female hen harriers, which are similar in both appearance and behaviour. However, with care they can easily be distinguished.

There are around 1400 breeding pairs of short-eared owls in the UK, and are mostly resident in northern England and Scotland. In the winter, the UK gets a huge influx of them from Scandinavia, Russia and Iceland, and we can see as many as 5,000 individuals if the temperature in these places drops dramatically.

Short-eared owls are threatened, and so are on the Amber list and a species of European conservation concern. 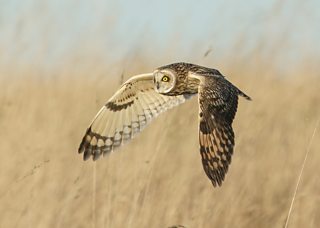 Perhaps the UK owl you're least likely to see, the long-eared owl is nocturnal, and incredibly secretive. Their mottled and streaked brown plumage allows them to melt into the trees, making them incredibly difficult to spot in their daytime roosts. They get their name from the two long tufts on their heads that give the appearance of ears.

They are a medium sized owl, just slightly smaller than a tawny owl.

They are Green listed in the UK, with around 3,500 pairs breeding annually. Most of the UK's breeding birds are in the northern England and Scotland, with fewer in the south and west. However, in the winter months northern birds will move south to find food and are joined by birds from Europe escaping the colder climates.

Long-eared owls live on a diet of small mammals and will take small birds if given the opportunity. 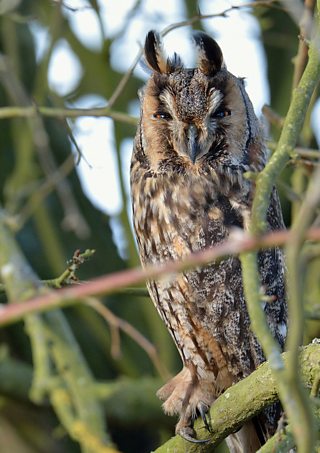 The little owl isn't actually native to the UK, as it was introduced in the 19th Century. It has sucessfully colonised much of Britain, and is most common in the south.

They are often seen during the day, usually perched on fence posts, trees, large rocks or telegraph poles. When alarmed, they will bob their heads up and down, giving them a comical appearance that makes them a particular favourite with the British public.

Their scientific name Athene noctua is rather appropriate for an owl. Athene was the Greek goddess of wisdom, and noctua is the latin word for owl. So Athene noctua means, literally, 'wise owl.'

Their diet comprises mainly of beetles and other small invertebrates, but they will also hunt small mammals and birds.

As little owls aren't native to the UK, they aren't classified on any conservation lists. However, recent surveying has shown that these birds are declining in number. 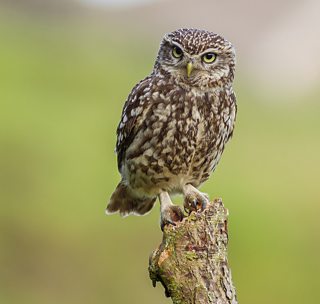 It's not all about the photography...