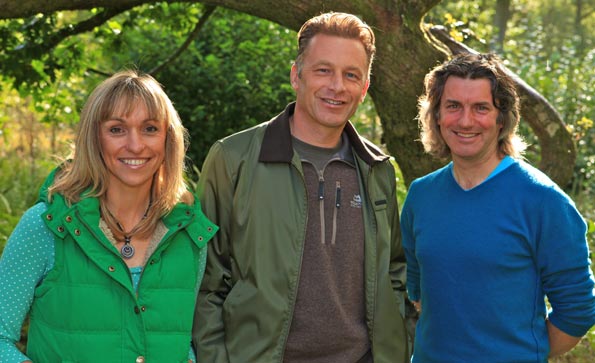 We're back. From Friday 7 October at 8.30pm on BBC Two, once a week for eight weeks, Autumnwatch Live will be tracking the very best wildlife action from the beginning to the end of this dramatic season. Our presenters and camera teams will be on the road, visiting our most iconic wild places and revealing new and surprising wildlife stories, as they happen. We'll be reporting on the latest wildlife news and encouraging everyone to get out and experience the best of the season for themselves.

We're planning to get unique insights into some of our best loved animals, and each week guest presenters will be bringing us personal reports from each stage of the season. (Read more about the iconic wild places we'll be visiting.)

Autumnwatch Unsprung, on air at 9.30pm after the main show, returns with its unpredictable, eclectic and humorous mix of viewer contributions and expert opinion. As ever, we want to hear from our viewers about what they're seeing, what questions they want answering, what photos they're taking and what amazing video footage they've captured.

For 2011, there are plenty of exciting new changes... a new anchor presenter, new guests, new locations, new features and more...

We are delighted to announce that Michaela Strachan will be joining the presenting team for Autumnwatch Live this year. Kate Humble is completing filming on the major BBC Two series, 23 Degrees.

Michaela is one of TV's best loved and popular presenters, having presented wildlife series such as The Really Wild Show, Orangutan Diary and Elephant Diaries for the BBC, and Michaela's Wild Challenge and Michaela's Zoo Babies for Channel Five. She was also a regular presenter of Countryfile for several years and the UK's wildlife and wild places continue to be subjects close to her heart. Michaela will join Autumnwatch Live presenters Chris Packham and Martin Hughes-Games. Her experience, knowledge and enthusiasm will be a huge asset to the team. 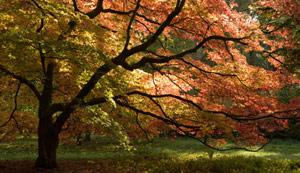 For the past two years, Autumnwatch has been presented from the BBC Natural History Unit in Bristol. But this year, we're moving to two fantastic new base locations. For the first four weeks we'll be at the Forestry Commission's National Arboretum at Westonbirt. For the final four weeks, the Wildfowl and Wetlands Trust's Slimbridge reserve will be our home. These new bases will allow us to explore in depth the beautiful landscapes and the wealth of wildlife in these locations as the autumn action reaches its peak at each.

The National Arboretum at Westonbirt: Nestled at the edge of the Cotswolds in Gloucestershire, the Arboretum is a natural treasure. One of the most spectacular tree collections in the world, it's also home to an array of native woodland, grasslands and wildlife. Across the first four weeks, we'll be down in Westonbirt's woods, capturing the stunning autumn colour as the season turns, and watching the wildlife cashing in on autumn's bounty. 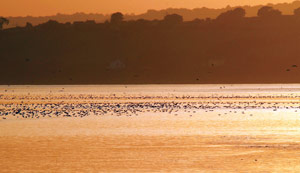 Flock of waders flying above River Severn in Slimbridge at sunset. © James Lees/WWT

WWT Slimbridge: Set against the spectacular backdrop of the Severn Estuary in Gloucestershire, Slimbridge is one of Europe's finest wetlands. This year is the 65th anniversary of the Wildfowl and Wetlands Trust, and Slimbridge is where it all started when Peter Scott realised how important this place is for wildlife. We'll be exploring the wetland animals, from kingfishers to otters, and experiencing the spectacle of 35,000 wildfowl as well as the vast flocks of waders which arrive here during autumn.

We'll be there at the beginning of November, at the start of Slimbridge's main autumn event as the Bewick's swans arrive at the end of their long migration to overwinter at the reserve. These birds are identified as individuals from their beak patterns. We'll be counting them in, finding out more about their lives, and watching them live on the web.

(Read more about the iconic wild places we'll be visiting and the new band of Autumnwatch adventurers.)

Roger Webb is the Series Producer of Autumnwatch