Hanging up on mobile phone plans for the Tube 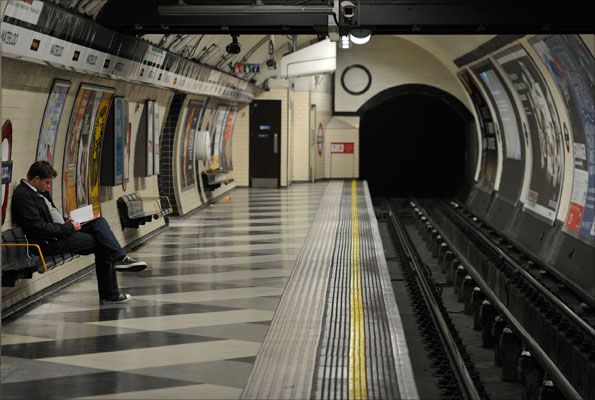 All alone on the Tube? You can't even phone a friend for company

You always got the sense when you spoke to City Hall that it was a long way off. Well it is now.

You won't be able to use your mobiles on the Tube for the foreseeable future.

The Mayor's office and mobile operators had been in talks for some time but it has come to nothing.

The Mayor, Boris Johnson, wanted the mobile companies to pay. So either that was a stumbling block or the technical reasons were a problem.

It would have been quite a feat installing relay stations in a tunnel as well as an upgrade programme going on.

Either way it looks like the future of communication underground is now wi-fi.

Wi-fi is cheaper, easier and perhaps, some would say, more practical.