Boris bikes: The truth behind the pretty pictures 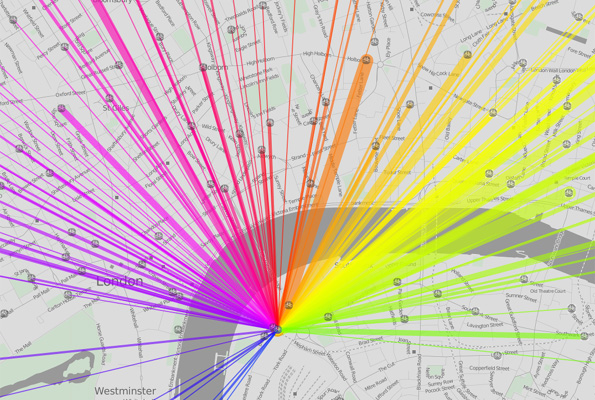 Here's a nice picture to lighten the mood on the Mind the Gap blog. It's nearly the weekend after all. Actually it's a graphic representation of the first million journeys on the bike hire scheme.

The data was released to Adrian Short who writes apps for the scheme.

The data also shows us what many thought might be the case initially - that the scheme is struggling to make money at the moment.

That's also quite a lot of people who haven't returned the bikes on time. Also these figures I assume don't take into account the "fully open" scheme which may generate more from people using credit cards.

I await a response from Transport for London.