Director of Strategy and Partnerships

At BBC Media Action we are dedicated to the cause of media freedom – the principle that expression and communication through media is a right that should be exercised freely -which is at the very core of effective democracies and inclusive societies. This freedom can never be taken for granted, and cannot be exercised in many places around the world.

This World Press Freedom Day commemorates another dark year, with precipitous plunges in rankings on media freedom indices and increasing – and increasingly egregious – attacks on journalists, most notably the killing of Jamal Khashoggi.

Independent, sustainable public interest media are increasingly threatened, not just by laws and politics, but also by economics and the sheer pace of technological change. Each day, we see media co-opted by the powerful, and challenged to secure income that comes without strings attached, especially as more and more advertising revenue becomes concentrated in the pockets of those with a powerful hold over online eyeballs and clicks.

This crisis faced by public interest media, particularly in resource poor settings, is so great that we at BBC Media Action are working hard to apply fresh thinking, advance new strategies and mobilise substantial new resources to address it. 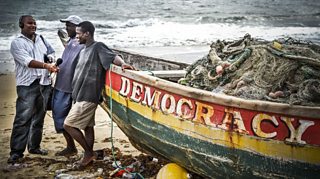 For 20 years, we have supported media freedom and strengthened media in fragile and developing countries, working with partners to develop conditions and skills in support of independent media which meet public needs and provide space for constructive public dialogue. Our work is rooted in the values and mission of the BBC in its focus on supporting independent media that is trusted, can engage as many parts of society as possible, and that works in the public interest. Our expertise spans financial sustainability; creative, editorial and production capabilities; governance and regulatory environments; and supporting networks to help build media’s resilience to political pressures.

In the last six years alone, we’ve supported independent media to enable informed public debate around more than ten elections, reaching over 124 million people. And we have some great success stories to share from our work with our partners around the world, in some very challenging contexts.

In Southern Iraq, public service broadcaster Radio Al Mirbad has grown from its founding in 2005 into a fully independent, highly influential local entity, supported by our distance mentoring, production and editorial advice. Some 81% of its weekly audience agree that Al Mirbad follows up and monitors the work of government, and 86% agree that it speaks for Iraqi citizens. The dedicated YouTube channel for its popular satirical videos has more than four million subscribers and 850 million lifetime views. 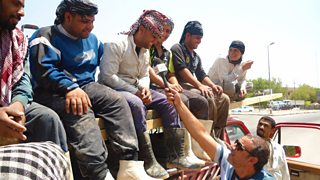 In Zambia, we have been working with local independent radio stations since 2011, to help them strengthen their capacity and improve their sustainability and community impact. Recent research shows that people who listened regularly to these radio programmes and outdoor debates on local issues were significantly more likely to feel that they could positively influence their community’s politics and governance issues over those who did not listen. 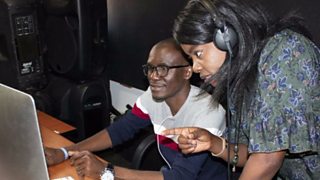 In Tanzania, Haba na Haba (Slowly But Surely) is the nation’s most widely broadcast radio show. We produce this national, accountability-focused programme with local broadcast partners, who in turn make their own sister shows, each with their own brands and social media presence, which add around 500,000 listeners to the overall Haba na Haba audience, which now stands at 5 million people. These shows are now largely financially self-sustaining. Our team of mentors and producers are supporting these partners to prepare for the ultimate handover of the large national show, by building production skills and improving their commercial viability. 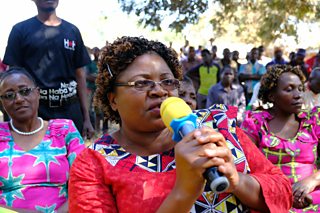 But despite the real significance of these successes, we believe that new ways of working in - and thinking about - media development are critical to turn the tide in favour of genuinely independent public interest media. Multi-level change and new alliances are needed to help build the skills, management structures and financial models required to support high-quality, balanced, independent editorial content. So, too, are supportive regulatory and legal reforms, paired with political will at all levels to call out repression of free media and abuses against journalists.

Donor support in this space is critical too - both to help address market failures and support the discovery and application of new media support strategies, fit for a changing world. And donors need to be armed with better information about how, where and when their support can be most effectively channelled.

The challenges remain immense. Alongside political attacks on media, the economic environment for independent public interest media is increasingly hostile, to the extent that in many fragile and resource poor settings, a market model barely exists. Cognisant of these challenges, in recent months we’ve been actively working with local, national and international organisations to explore how – together - we might do media development differently, and better.

What we think needs to change

We believe that media development must be clearly guided by locally-led, systems-wide strategies, rooted in robust market analysis. Bringing local actors together to identify key challenges and ways forward through structured, participatory processes is a critical first step. Multi-disciplinary expertise is then required to address the challenges identified on the ground, bringing in players from the private as well as not-for-profit sectors. At BBC Media Action, we are more committed than ever to playing our part in forming and collaborating with open and diverse partnerships to drive change.

We also need to do more to make sure that these strategies grapple with the tensions inherent in delivering media support in media landscapes fragmented by the unequal pace of technological change. Platforms that are trusted sources of information are no longer always the same as those capable of convening constructive public debate. To address this, in any context, we need to focus on supporting media partners who can do both. We also need to find ways to reach poor and marginalised audiences with public interest media now, whilst also devising approaches fit for purpose in a rapidly changing digital age.

Turbo-charging learning in this sector is critical too. While project level impact data and sharing on the effectiveness of media development initiatives have improved significantly in recent years, a clear evidence base on enabling financial viability and political resilience of independent media is sparse, especially in fragile and resource-poor settings. This evidence gap is widening as the environments in which independent media operates deteriorates, and exacerbated by a lack of opportunity to share evidence and then apply it to practical work on the ground. At BBC Media Action we want to do more to address this. One strategy we are actively pursuing with partners and donors is the establishment of a Media Development Lab, to substantially accelerate learning and sharing of learning in this field.

Finally, as well as helping to build the commercial viability of our local media partners we are arguing strongly for continued and committed international support to media development, in part through a Global Fund for Public Interest Media. With funding from Luminate, we are now carrying out a feasibility study, working in close collaboration with partners carrying out other international policy initiatives designed to further the critical cause of free, public interest around the world.

On World Press Freedom Day, we all feel keenly the threats posed to media freedom. Together we need to mark successes while committing to rethinking media support, to ensure that resilient, viable and independent media survive and thrive in this increasingly challenging landscape.

On the front lines of the climate emergency, information is a critical defence