British test is fit for nothing

If there is a more inappropriately named piece of regulation than football's fit and proper person test, I would like to hear it. I could use a laugh.

But I will be very surprised if anybody can come up with something good enough to lighten the mood amongst Portsmouth fans - it is hard to stay cheerful when your most recent fit and proper persons include a banker arrested for asset-stripping, Dubai's self-styled Donald Trump (but without any money) and a chap who may not even exist.

Pompey fans can be forgiven for thinking "please Lord, spare us from fit and proper persons, send us some wrong 'uns".

Because let's face it, the infamous FAPPT may well have been rebranded but it is still self-evidently failing to do what it says on the tin, namely keep valuable community assets out of the hands of those who cannot be trusted to look after them.

It is at this point in proceedings that I need to make a few important regulatory points of my own: Pompey's soon-to-be former owner Vladimir Antonov has not been found guilty of anything yet, he passed the owners' and directors' test now used by the Premier League and Championship and was this year allowed to buy a stake in Saab by the Swedish government. So we should reserve judgement a little longer.

I fear, however, that this will not wash with Pompey fans. 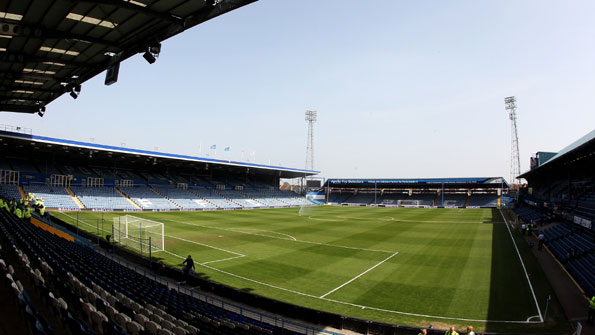 Antonov, a 36-year-old Russian banker, might have satisfied the Swedes but our Financial Services Authority (FSA) would not let him open a branch of his bank here and the European Investment Bank refused to lend Saab money because Antonov was involved.

Hardly ringing endorsements, you might have thought, but not enough to fall foul of the Football League's set of objective criteria. And that is the very heart of this matter.

When asked about this apparent missed sitter, a Football League spokesman said the new test is designed to be a "series of objective criteria that defines sensible standards to be met by people holding senior positions at football clubs".

"What it is not, is a subjective judgement about the suitability of individuals that could potentially leave the league open to legal challenge every time an individual is turned down," he continued.

"This would rapidly become a significant drain on club income and use up hundreds of thousands, if not millions, of pounds in legal fees."

So, quite simply, the authorities are faced with a dilemma.

They can put something relatively light-touch but legally sound in the rulebook, hoping it will be enough to deter most cowboys without frightening off genuine investors.

Or they can bring in a more robust test that would incorporate a golf club-style vetting process and hope the PR wins they get from keeping out the worst carpetbaggers will offset the costs they incur for blackballing determined billionaires.

There is a third option: they can give up entirely, which is what the Scottish Premier League has done.

"Any test that attempts to assess the suitability of prospective directors by reference to objective criteria is inherently a very difficult thing to formulate and apply," SPL chief executive Neil Doncaster told me when I asked him why his league has no fit and proper hoop to jump through.

"Despite the existence of such tests elsewhere in the UK - and the Scottish Football Association's articles of association - insolvency events in football have continued to occur.

"Relying on a fit and proper person test to ensure clubs are run in a manner that would avoid insolvency has no track record of success in Scotland or elsewhere in the UK."

Doncaster's point that FAPPTs are a bit, well, pointless, was picked up Damian Collins MP, a prominent member of the House of Parliament's Culture, Media and Sport Select Committee that recently issued a fairly critical report on football's governance.

For Collins, the real problem is that all the tests tried so far have focused on the "point of transaction" and not the onward management of the club. That is why he would like to see a more stringent licensing system introduced to ensure that owners have the means they say they have.

Anything else results in the rules being made to look "ridiculous" when another fit and proper but potless proprietor comes along and takes a club into administration.

Collins also noted just how hard it can be for the football authorities to do the kind of forensic due diligence the FSA can (and must) conduct before dishing out bank licences. The Football League is pretty honest in this regard, it cannot afford to do this kind of work and the Premier League has only recently started to try.

Both leagues, moreover, say they are moving towards a form of licensing, in that all clubs are asked to provide annual financial plans, all bills to players, the taxman and each other must be settled on time, and there is a big push towards encouraging sustainable spending.

Doncaster, a former lawyer who spent eight years in charge at Norwich City, said this was a far more fruitful area for regulators to explore than attempting to create a fail-safe but fair vetting process for would-be owners.

I also have found some support for the Football League's argument that measuring the success of its ownership test is difficult when most of us will only ever hear about the failures.

Mark Fry, the insolvency expert who helped Portsmouth's rivals Southampton out of the critical ward two years ago and oversaw the sale of Hull City last year, said the new rules have made a difference.

OK, that is not going to help the shell-shocked faithful at Fratton Park but Fry did say something that might cheer them slightly.

He said Pompey would have a good case in arguing they should not be hit with a points deduction just yet, providing they can prove they gain no "material advantage" from their parent company's insolvency protection.

The Football League ended up sending the accountants in to Southampton to work out if the club dragged the holding company under or vice-versa and may have to do the same at Portsmouth.

But Fry believes the authorities acted too hastily then and the accountants misread the situation - taking the holding company into administration was part of a plan to sell the club, not ditch debt. He thinks the League will be more circumspect this time, particularly given the complexities of Antonov's various businesses.

So, a crumb of comfort for Pompey fans but hardly an answer as to how this happened to them again. Perhaps the only solution to this is that they club together and have a crack at running the club themselves. They could not do any worse.

And as well as my blogs, you can follow me when I'm out and about at https://twitter.com/mattslaterbbc