Three and a half years ago, with the sun shining on a side that had just finished in the top half of the Championship, Plymouth Argyle's directors gathered to talk about what the meeting's "suggested discussion points" described as "additional funding to take the team to the next level".

All agreed a genuine promotion push was unlikely on cash-flow projections and even standing still was going to be difficult unless the club found a lot more money. On that there was no need for debate.

But there was a very real need for debate - proper, honest and transparent debate - about where any new funding might come from and on what terms it would be accepted. Sadly, this exchange of views never took place and Argyle are now paying a huge price for such reticence.

By the end of this month, the club must demonstrate they have enough cash to see out the current campaign. Most of that cash will have to come from the club's majority shareholder, Yasuaki Kagami, the man that 2007 board meeting effectively anointed as the Pilgrims' saviour, a man who has so far done very little saving.

Before I continue with the strange tale of Kagami's missing millions, I should clarify what I mean by "the end of this month" because it is not a formal deadline. The club's had a few of those in recent months and the one most Argyle fans are focused on is 9 February, when the League One side must return to court with proof they have paid the £760,000 "petition debt" owed to HM Revenue & Customs (HMRC). 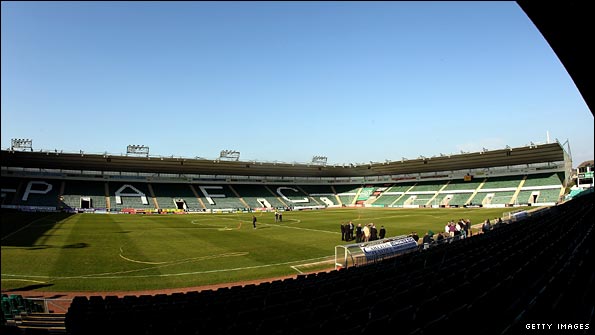 That sum is five months' worth of taxes left unpaid by the Argyle "group of companies" (of which there are a dizzying number), a sum HMRC had to go to court to obtain. The good news is the club has paid all of that debt and a much smaller amount which was the subject of a second HMRC winding-up petition last week.

The money has been cobbled together by emptying the club coffers, diverting their share of the Football League's broadcast contract direct to the taxman and selling their best players.

That last source of revenue that has been by far the most fruitful: the transfers of Craig Noone (to Brighton & Hove Albion), Reda Johnson (Sheffield Wednesday) and George Donnelly (Fleetwood Town) have brought in over £500,000. This is good business in the current market and the club's "financial consultant" Peter Ridsdale should be (begrudgingly, perhaps?) congratulated for insisting these fees are paid up front.

Ridsdale had also hoped to be banking another £300,000 from Reading in return for Argyle's top scorer, Bradley Wright-Phillips. That would have enabled him to pay off all of the £500,000 in tax debt that has accumulated since HMRC started chasing the last lot.

Unfortunately, Wright-Phillips failed his medical at Reading and if there is one owner in football who isn't going to buy a nice runner with gremlins under the bonnet it is Auto Trader founder John Madejski.

Without BWP's cheque, Ridsdale will only be able to pay half of the new debt next week, although he is confident the rest will be found soon. The former Leeds United, Barnsley and Cardiff City controversialist is also optimistic HMRC can be persuaded to wait for their £250,000 without the formality of issuing another winding-up petition.

What can be done with Wright-Phillips - a luxury item at Home Park who needs a rest, not surgery, but is out of contract this summer - is another headache entirely. Manager Peter Reid may have to get used to playing without his most potent weapon.

But whatever Wright-Phillips does for the next few months, Ridsdale is adamant the immediate HMRC threat has gone. Short-term panic avoided, batten down the hatches for the medium-term storm. Few at Home Park are talking long-term anymore.

Which brings me back to Kagami, the owner of 38% of the Devon team and, erm...a business that imports second-tier US food brands (think Rola-Cola, not Coca-Cola).

OK, that's clearly not the Japanese businessman's entire story - there are a few clippings about investments in Korean technology and Osaka property, and some references to his more successful brother, Toshio - but we are feeding on scraps, a situation not helped by his refusal to speak to the media in Japan or even visit the UK.

What we do know is Argyle was sold to Kagami, and Kagami was sold to Argyle, on the flakiest premise: the Pilgrims would provide a stage for Japanese football talent and that would bring the pleasures of Plymouth to the Far East. Throw in the prospect of Premier League football, a redeveloped Home Park and World Cup matches in 2018, and Yasuaki's yer uncle. 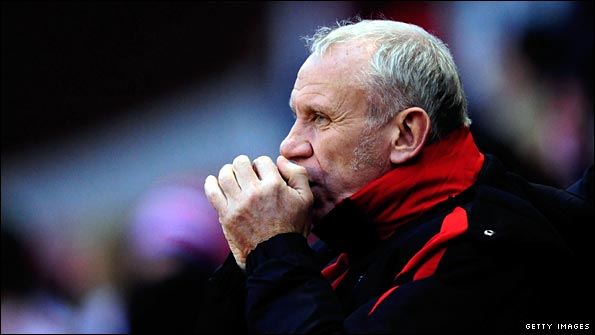 This plan was cooked up by Argyle's chief operating officer Tony Campbell, a local businessman and club fan, and an old associate of his called George Synan, a Japanese-based American who is now a Home Park director.

Kagami's eyes, ears and occasional mouthpiece, Synan appears to have sold this pup to his boss in early 2007. Those July meeting discussion points make it clear a "Far Eastern consortium" had been talking to the club for six months, during which time no effort was made to look elsewhere or advertise the club's interest in new investment.

A further eight months passed before Kagami was confirmed as the proud owner of 20% of Argyle. Fifteen months later, he increased that holding and formed a "New World" partnership with Sir Roy Gardner and Keith Todd to take control of the club. What they promised was a 46,000-seat stadium and Premier League football, what they delivered was relegation, record losses and the threat of liquidation.

Throughout this period, Kagami has failed to put a single yen into the business, despite repeated promises to the contrary.

So what's the lesson to this story?

Due diligence is a two-way street and caveat emptor goes both ways, as fans of Portsmouth can readily testify and supporters at Blackburn, Charlton Athletic, Hull City, Liverpool and Sheffield Wednesday (to name recent examples) will be praying the custodians of their clubs remembered.

Ridsdale has told Kagami he must put in £2m to get Argyle to the summer, when a more root-and-branch restructuring can take place. Any less and there is a real risk his shares will be worth even less than the £1 they are effectively worth now. Kagami has communicated he understands this and will provide four £500,000 payments over a four-month period.

The first of those payments was due at the end of December. It did not arrive.

Now really is the time for Argyle to see the colour of Kagami's money - a million by the end of this month or Wright-Phillips' knee will be as inconsequential as David Beckham's blister.