The Modahl model for confliction resolution

Four Commonwealth Games ago, a mistake was made that would have repercussions for years to come, bankrupt a sport and almost ruin an innocent woman's life.

When reigning 800m champion Diane Modahl failed a drugs test just before the 1994 Commonwealth Games in Canada, she was sent home in disgrace.

Almost a year later, however, the British Athletics Federation (BAF) lifted her ban when it became clear her positive test was the result not of performance-enhancing drugs but the incorrect storage of her sample.

Nine months after the British authorities acknowledged the laboratory's error, the international federation followed suit. Modahl's reputation was restored and she was free to compete at the highest level again. The story should end here but it doesn't.

Four years later, Modahl would be back in court in tears after losing a £1m claim for damages against the BAF. Not that anybody at the governing body was smiling; the case had drained its bank account. Modahl was homeless and British athletics was bust.

Thankfully, lessons were learned and from the wreckage of the Modahl case a new approach to settling sporting arguments was emerging: an independent arbitration service owned and ran by experts, the Sports Dispute Resolution Panel. 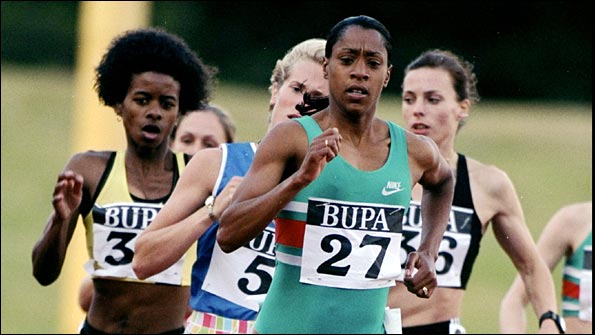 Modahl (centre) returned to the track after her reprieve but her legal case rumbled on. Photo: Getty

This panel, which would later be renamed the slightly catchier Sport Resolutions, is probably the most successful entity in British sport you have never heard of.

The recent John Higgins match-fixing inquiry, the peace settlement after Patrice Evra's "Battle of the Bridge", Rio Ferdinand's infamous missed-test debacle...think of any high-profile dispute in British sport and there is a good chance Sport Resolutions sorted it out.

It was the Higgins case that brought Sport Resolutions to my attention and in many ways it serves as the perfect example of how the organisation works.

For those who have forgotten, the three-time world snooker champion was caught on camera in a newspaper sting apparently agreeing to lose for money.

At first glance, it looked like an open-and-shut case of fraud. Fortunately for the Scot, it was a bit more complicated than that. To cut a longish story short, there was more (or actually less) to this than met the eye.

What was absolutely clear, however, is that snooker had to respond in a timely, thorough and transparent manner if its reputation as a credible sport was to emerge intact. An in-house investigation was a given but subsequent justice would need to be independent. This is where Sport Resolutions came in.

Already listed in World Snooker's rulebook as the court of final appeal (an increasingly common state of affairs), Sport Resolutions took on the paperwork, brokered a time/place for the hearing and assembled an expert panel from its 120-strong list of lawyers and relevant experts.

The hearing, chaired by Ian Mill QC (one of this country's top sports barristers), met for two days last month in London and when it was over a chastened Higgins was given his career back, a corrupt agent was thrown out of the sport and snooker was left bruised but not broken.

And like the vast majority of the 500-plus cases Sport Resolutions has dealt with since its inception in 1997, justice was done on time and within budget. 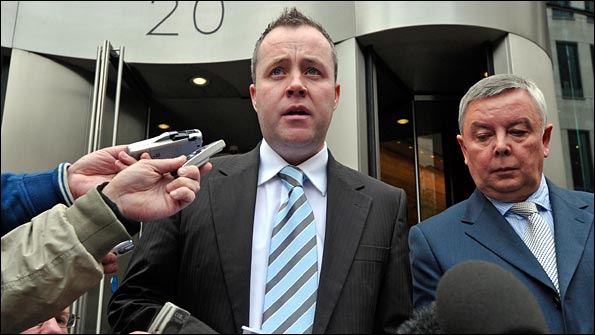 The Sport Resolutions approach brought the Higgins saga to a fair and final conclusion. Photo: AFP

Having stood outside the Higgins hearing for a day, I was determined to learn a little bit more about what was happening inside and discover if conflict resolution in sport is the growth industry it seems to be. So I gave them a call and arranged for my own hearing with chief executive Edward Proctor and his dispute resolution manager Richard Harry.

Last things first, business is booming but they are not spending it on exotic fish or Italian furniture. With a permanent staff of just four, a humble office above Fleet Street suffices.

Procter told me his staff have been "15% busier every year for the last three years". He also told me any profit the business makes is swallowed by pro bono work and if they were going to splash some cash it would be on renting their own arbitration venue (they currently lead a nomadic existence).

The keys to its success are its contacts (there is a waiting list to get on Sport Resolutions' expert list) and its track record.

With a typical arbitration case costing up £20,000 for each party (Mill's day-rate would be £5,000 alone), it is in everybody's interest to keep costs to a minimum and get on with it. Sport Resolutions is a no-frills operation.

But it is also sport specific. There are, of course, other arbitration services available (the Swiss-based Court of Arbitration for Sport, for example) but will they understand your budget, case and timescale?

Procter was too polite to criticise the competition but he did tell a funny story about a judge in a recent, high-profile case who seemed unaware of football's play-off system.

If there was one theme that emerged from my time with Procter and Harry, it was that courts, like the plague, should be avoided at all costs: too dangerous, expensive and messy.

In fact, if compromise is possible, mediation is by far the best bet. The problem, however, is convincing the competitive types typically involved in sport that "having your day in court" is not all it's cracked up to be.

Mediation's time will come but it may need a few more Modahls before the "why settle for one point when you can have all three?" mentality is left utterly bankrupt.

It is probably too late to convince the respective parties in the Liverpool FC dispute of the futility of visits to the High Court but it is something to bear in mind as the legal costs start to pinch. I will be playing count the QC this week and that is a game nobody wants to lose.

Which brings me back to the day I spent outside Higgins' hearing.

If you stand next to a satellite truck and camera long enough you will definitely draw a crowd. It was not too long before the huddle of hacks was joined by a steady stream of shoppers, tourists and workers.

"What's happening?" was the most common question, with "what's snooker?" coming a close second. But by far the most telling comment came when I explained we were waiting for the result of a snooker match-fixing inquiry.

"Match-fixing? Seems like an everyday occurrence these days," the man in the street said, hardly stopping. He did not give me time to disagree but even if he had, I would have struggled.

If it's not betting scandals involving cricketers, it is dodgy dealings in F1 or another big name linked with banned drugs. Sport Resolutions is in a growing market, alright, and will be for some time to come.