"Balram Chainrai, the owner of Portsmouth Football Club, has today served notice that the club will go into administration unless new owners can be found by Friday."

Make no mistake, Pompey fans, that means administration, and, as things stand, it is a best-case scenario.

Tuesday's announcement merely confirmed what most close watchers of Portsmouth's desperate decline have known for some time: the club is down, broke and on the verge of oblivion.

But what does "going into administration" mean? Is this the end of Pompey's pain? And how has this happened to a recently successful team in the world's richest football league? 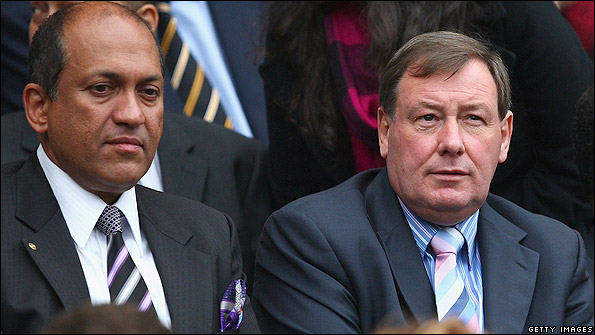 The answers to these questions are, like everything else at Fratton Park of late, complicated, but, having asked three experts - Danny Davis of Mischon de Reya, SA Law's Guy Thomas and Zolfo Cooper partner Simon Wilson - to explain it to me, I will attempt to shine some dim light on a dark affair.

Excuse the formulaic Q&A style, but it should at least provide some structure to this house of cards.

Q: What is administration?

A: It is not, as many clubs seem to believe, a get-out-of-jail-free card for those who live the dream only to wake up drenched in sweat and deep in debt.

It is, instead, a last resort for companies who find themselves in serious financial straits but might, just, have enough about them to avoid liquidation, which in this case would mean the end of Portsmouth FC as we know it: a fate not witnessed in professional football since Aldershot went to the wall in 1992.

In short, administration allows an insolvent business (one that cannot pay its debts) to carry on trading in the hope/expectation the situation will improve.

Q: How does it work?

A: In the simplest terms, the company, in this case Portsmouth City Football Club Limited, asks the high court to be placed in administration. An administrator, an insolvency practitioner, is then appointed to run the club.

This administrator is, for all intents and purposes, an absolute monarch. He or she will have complete control of Portsmouth's finances and their main objective, nay, duty will be to safeguard the interests of Pompey's creditors (those owed money).

Once in administration, the club will be hit with the Premier League's nine-point penalty (it is one point less than the Football League sanction because there are fewer clubs in the top flight) and the search for fresh investment will intensify.

Q: Who will be the administrator?

A: This is still unclear, but we know it will not be Nick O'Reilly, the man who prepared the club's recent "statement of affairs". This document was the financial reckoning Portsmouth had to submit to court last week and it would have contained all the gory details (debts of £70m, a tax bill of £12m and rising, and a see-the-season-out estimate of £20m), as well as his opinion on the outcomes, in terms of money returned to creditors, of administration and liquidation.

Chainrai either disliked O'Reilly's candour or he balked at his quote, which is believed to have been £1m. This may seem like another professional's attempt to wring money from the club, but it should be remembered an administrator takes on a degree of responsibility for the company's ability to meet it debts, and businesses in administration have already proved they are not that great at paying those.

To not use the expert who did your statement of affairs as your administrator is unusual and should ring alarm chimes. But then this is the club that pleaded poverty to the other 19 Premier League clubs in January shortly before signing Quincy Owusu-Abeyie and Dusko Tosic.

Q: Why has this happened now?

A: Because Pompey, and all its owners and ex-owners, have run out of more attractive options. The "next idiot" production line is on the blink.

It takes weeks to buy something as complicated as a football club (and that is just the solvent ones) as any prospective new owner would want to know exactly what he or she is buying. In Pompey's case, it is an indebted Championship team in a shabby stadium with almost no corporate seating, a battered credit rating and a murky recent ownership structure. Do not be fooled by talk of talks.

Chainrai, who became a secured creditor when he loaned former owner Ali Al Faraj £17m mortgaged against the ground, has filed form 2.5b with the high court, an intention to appoint an administrator. He has done this because he needs to give two full working days' notice to the other secured creditors (the banks, Barclays and Coutts) as their debts are senior to his in terms of chronology.

Given a choice of purgatory or hell, Chainrai has opted for purgatory. His hand has been forced by HM Revenue and Customs (HMRC). Whereas most other "crisis clubs" have had an element of control about their move into administration, Pompey have been coerced by HMRC's winding-up petition, which was set to be heard again on Monday but should now be dismissed either on Friday or Monday itself.

This does not mean it goes away, though, but I will get back to that.

Q: So this is all the taxman's fault?

A: Erm, well, only if you think paying VAT, PAYE and National Insurance is optional.

The truth of it is the taxman has been pushed around by football clubs for years and is now pushing back. Never happy about clubs' habit of using it as an interest-free overdraft, HMRC lost its "preferred creditor" status with the introduction of the 2002 Enterprise Act. 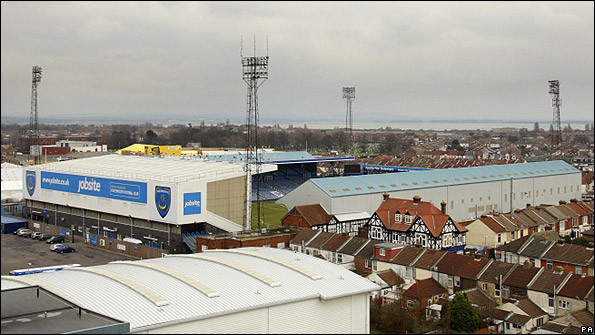 Fratton Park - the home of Portsmouth

This law, among other things, enshrined administration as a safety net for temporarily stricken businesses. But it also meant HMRC had to join the scrum behind "football creditors" when a club went bust. This principle is not company law but is a football rule and it means millionaire players and other clubs get paid first, the taxman joins the queue.

Throw this country's worst recession since the 1930s into the mix and you have a government agency suddenly very aggressive about being paid its dues. How Pompey got itself into such a hole with HMRC is another question.

Q: OK then, how did that happen?

A: How long have you got? The short answer is a shocking disregard for basic housekeeping: do not spend more money than you actually have. Portsmouth have been ignoring this one for at least four years.

The slightly longer answer is appalling mismanagement, combined with an arrogant belief that the usual rules do not apply, naked greed and a failure on the part of the authorities to regulate the industry properly.

Some will want to add corruption to this cocktail (and I may, one day, be able to say something about this), but if we are going to go down that road we should also remember our own guilt as co-conspirators: we have all demanded more "ambition" from our clubs but have rarely cared about the cost.

Q: So it's administration, then. It can't get any worse, right?

A: Au contraire, it can still get much worse.

Going into administration means the club is unlikely to face a winding-up petition on Monday. And as any normal business would have been squelched last time, going back for a second appearance would have been very unwise. So this is good news.

But going into administration is one thing; getting out of it is the trick.

Pompey, given the Premier League's fervent desire to avoid any further embarrassment (or the need to remove the club's results from this season's competition), should be able to complete the season. Player sales outside the transfer window will be permitted and TV money advanced. In the parlance, the company should be "cash positive" for the next few months.

The crunch, however, arrives this summer when the wage bill keeps coming (£3m a month, including tax...and Pompey will have to start paying that) but the gate receipts are not.

Without outside investment - in the form of a new owner - the administrator will find it hard to look the Football League in the eye and say: "Yes, we can fulfil next season's fixtures."

The administrator will also be expected to extricate himself via a "company voluntary arrangement" (CVA). As the name suggests, this is a deal between the creditors to accept a new schedule of payments and less money.

A CVA requires the backing of 75% of the creditors, based on amounts owed, and usually run for one to five years. This places a huge burden on the business, but a failure to agree one will see further point-penalties from the Football League. Oh, and HMRC almost always votes against them in football cases.

So I'm sorry to be the bearer of sad tidings (I'm a Southend United fan, so I would be a fool to gloat), but I thought somebody should tell you straight.

If you want to get into more detail about all this - "floating charges", misfeasance, the Insolvency Act 1986, Leeds United/Luton Town and so on - I'm happy to dig out my notes and try to answer your questions. But let's be honest about this, the people who really know what's happening/happened at Pompey aren't talking yet. Until they do (if they do), it's educated guesswork.