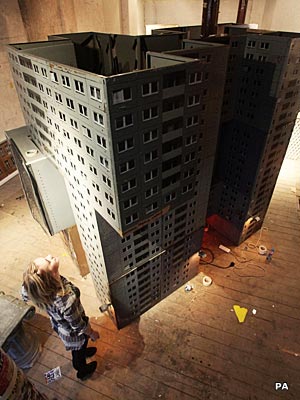 It's the Caption Competition.

This week it was German artists Evo's replica of the estate where he lives in East Berlin. It's on display at his first British exhibition, being held in London.

6. Rob Falconer wrote:
And they pulled down a row of Lego Georgian town-houses for this?

1. Kieran Boyle wrote:
On her return to Wonderland Alice just couldn't believe what the planners had allowed.