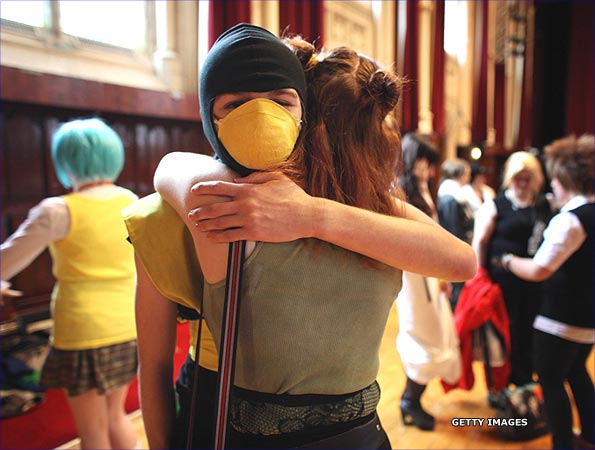 This week it was cosplay enthusiasts at a convention in the UK. Cosplay is short for Costume Play where players dress and perform roles from Japanese culture, Anime and Manga art characters.

6. BaldoBingham
The chastity mask was the latest trend to sweep through American high schools.

4. penny-farthing
Parting is such sweet Zorro.

3. Kudosless
... and good luck with those Glastonbury toilets.

2. Valerie Ganne
Students at an Essex school misguidedly prepare to put on Shakespeare's The Many Knives of Ninja.

1. Steele Hawker
Don't worry so much - everybody who eats cress gets it all over their teeth.