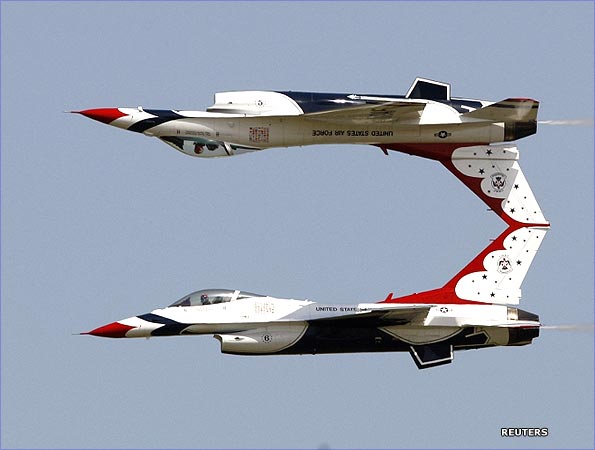 This week it was two F-16 fighters from the US Air Force Air Demonstration Squadron performing at an airshow.

5. Eattherich
Its late spring here in the desert, and that marks the beginning of the F-16 mating season.

4. DPNixon
We're hoping to confuse the enemy, as we can't afford to shoot or bomb them anymore.

3. Rob Falconer Unfortunately, two pages of the flying manual had got stuck together.

1. Raven
Maverick's OCD was getting worse.