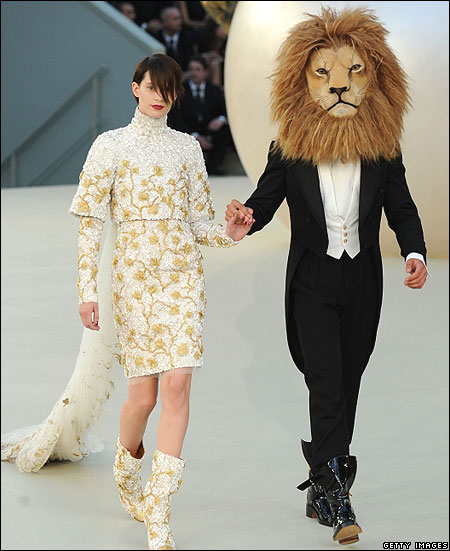 This week it's models on the runway during the Chanel show as part of the Paris Haute Couture Fashion Week.

6. ARoseByAnyOther
After the World Cup, the three lions went their separate ways

5. Rogueslr
I had to do it, my agent said there was a claws in my contract.

4. Bangledancer
Look what the cat dragged in...

2. Steele Hawker
No, no, I said I wanted to produce an entirely new LINE

1. Grazvalentine
Sometimes I just feel like running away and joining the circus.