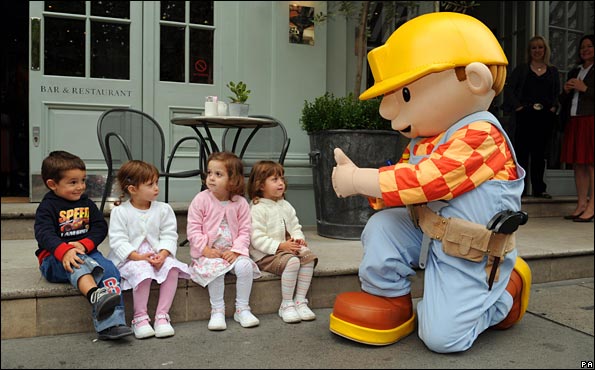 This week, Bob the Builder meets some young fans. But what's being said?

6. Dodie_James
Ignore him Chloe, no way he's got a Ferrari..

5. DiceManCometh
Whilst the other children looked on in awe, little Suzie's eyes wandered to the half built Olympic Stadium in the background

4. SkarloeyLine
Sir Paul reluctantly went along with the gimmick to sell the remastered box set to a new generation.

3. grebehead
Now that Bob had arrived the kids party was going ok, but they'd had to wait in all day and he was meant to come last Tuesday. He might have to come back tomorrow to finish it off, but he couldn't say whether it would be morning or afternoon.