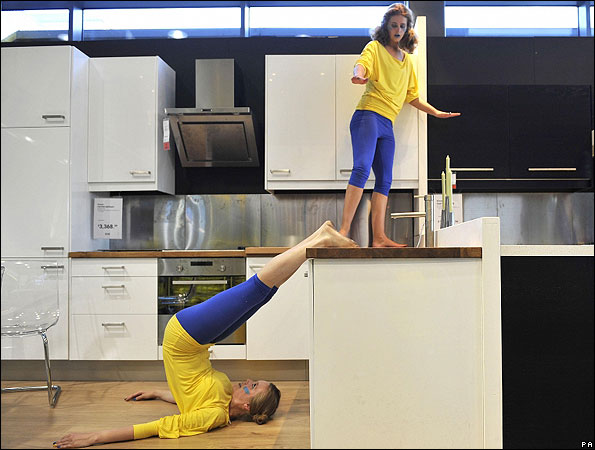 This week, it was a new opera called Flatpack, which was being staged at IKEA in Wembley, north London, and reflects on furniture, domesticity and the challenges of modern life.

6. ValerieGanne
What was to have been a respectful tribute to America's President Eisenhower was marred by a spelling error

3. Vicky S
Unusually, the entire opera is written in the little used key of Allen.

2. nhinton1
MFI administrators limber up before the audit commences.