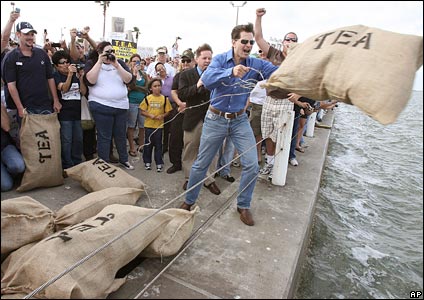 This week it was an American tea party.

6. archyogi
"No!" said the Englishman. "The teabag goes in first, then the water!"

5. Woundedpride
"Y'know, I've been comin' to these US coffee sales conventions every year, and every year the end of week party just gets better and better."

4. captioncorelli
Jaws was ready for the taste test.

3. AmusedofSwindon
Gulliver's morning cuppa is an ordeal for the catering staff.

2. jtotheglo
Willy never really properly adjusted back into the wild.