I've been living in London for quite a few years now. I don't get to head North to visit my home town of Newcastle very often, but when I do, there's always one sight I really look forward to. Here it is: 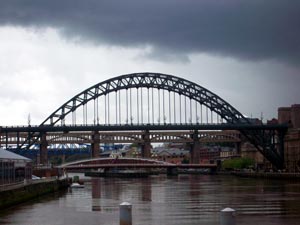 This is the beautiful Tyne Bridge. It's the first landmark you see when you arrive in the city from the South by train. When I see that bridge, I know I'm home.

The bridge was opened in 1928. In fact, the city boasts seven bridges altogether (you can see some of them in the photo) and many of them were built by Victorian industrialists. Newcastle is famous for its role in the industrial revolution, and around the city there are many reminders of its industrial heritage. I thought I would share a few of them with you.

Here is a photo I took of the city's monument to George Stephenson, who, together with his son Robert, established the world's first locomotive factory. 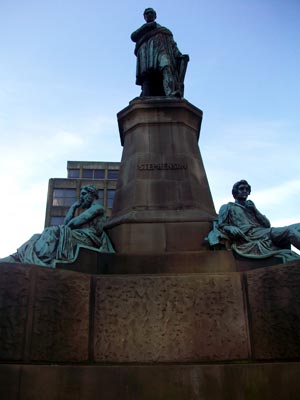 The statue of George Stephenson in Newcastle

Here's an animation of Stephenson's famous steam locomotive, The Rocket. Click through the animation and you will be challenged to name the parts of the engine - and to build it!

Of course, a bridge had to be built so that the trains could cross the river! It's a split-level bridge, with cars and people using the lower level and trains running on the upper level. Here it is: 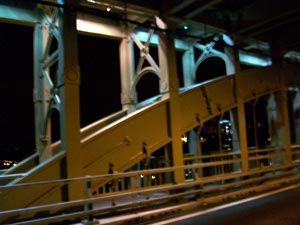 The High Level bridge in Newcastle

Here's another monument: this one was built in recognition of Charles Earl Grey, who, amongst his other achievements, introduced the British people to a particular blend of tea. Which blend of tea? The clue's in the name: According to legend, the tea was specially blended by a Chinese guest for Earl Grey and his wife, to suit the water at his home. Is it true? I don't know. But I do know that even as I write this, Earl Grey tea is being served to tea-drinkers all over the world. 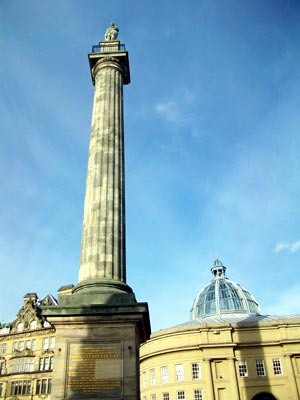 Another place that I'm especially fond of is the Central Arcade. It is over 100 years old, but, as you can see from the photo, it has been beautifully maintained over the years and now hosts coffee shops, boutiques and a music store. It is very well-loved by the people of Newcastle, myself included! 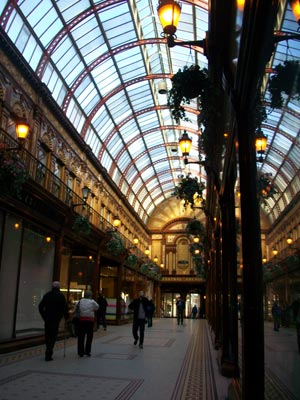 If you ever get the chance to visit Newcastle, I'm sure you'll be very impressed by the city, its people and the architecture. And don't forget to have a cup of Earl Grey tea!

All the best,
Catherine

P. S. Read on if you'd like to do some language exercises about the passive forms I've used in this blog post. I'll give you the answers in my next post!

(For a summary of passive tenses, look at this episode of Learn It:)

• The bridge was opened
• many of them were built by Victorian industrialists.
• you will be challenged
• a bridge had to be built
• this one was built
• the tea was specially blended by a Chinese guest
• Earl Grey tea is being served
• it has been beautifully maintained
• It is very well-loved by the people of Newcastle
• you'll be very impressed by the city

Exercise 2. Rewrite these sentences in the passive form. Keep the tense the same (but passive)

1. George Stephenson and his son Robert established the world's first locomotive factory.
2. The city of Rio will host the 2016 Olympic Games.
3. The people of Newcastle love the Tyne Bridge.
4. We are developing a new communications system.
5. Daniel Day-Lewis has won the award for best actor.
6. Charles Earl Grey introduced the British people to a particular blend of tea.
7. They had to wear protective clothing in the museum.

Come back soon to get the answers!