A recipe for success

Just a short-ish blog from me ahead of the weekend, I'll have more for you next week.

I hope that this weekend will live up to the last. On Saturday I was lucky enough to be invited to take part in a project that my friend Lucy has undertaken as one of her New Year's Resolutions. I say lucky, because this project is all about one of my favourite subjects: food.

Lucy has decided to take on the enormous task of cooking every single recipe in one of her cookery books. As someone who has a lot of celebrity chef cookbooks on my kitchen shelf, I know how rarely I actually get around to cooking any of the recipes from there, let alone ALL of them! It's a mammoth task.

Every week she is inviting different friends to dinner so that she can tick off some more recipes, so last weekend it was my turn to sample her culinary delights!

As part of her three course meal, Lucy served avocado with prawns and a cool tomato salsa; coq au Riesling (which had been made with an entire bottle of wine!); and a deliciously rich white chocolate mousse. She even decorated it with little spoons to look like oars, as she knows how much I love rowing! I wolfed it down. 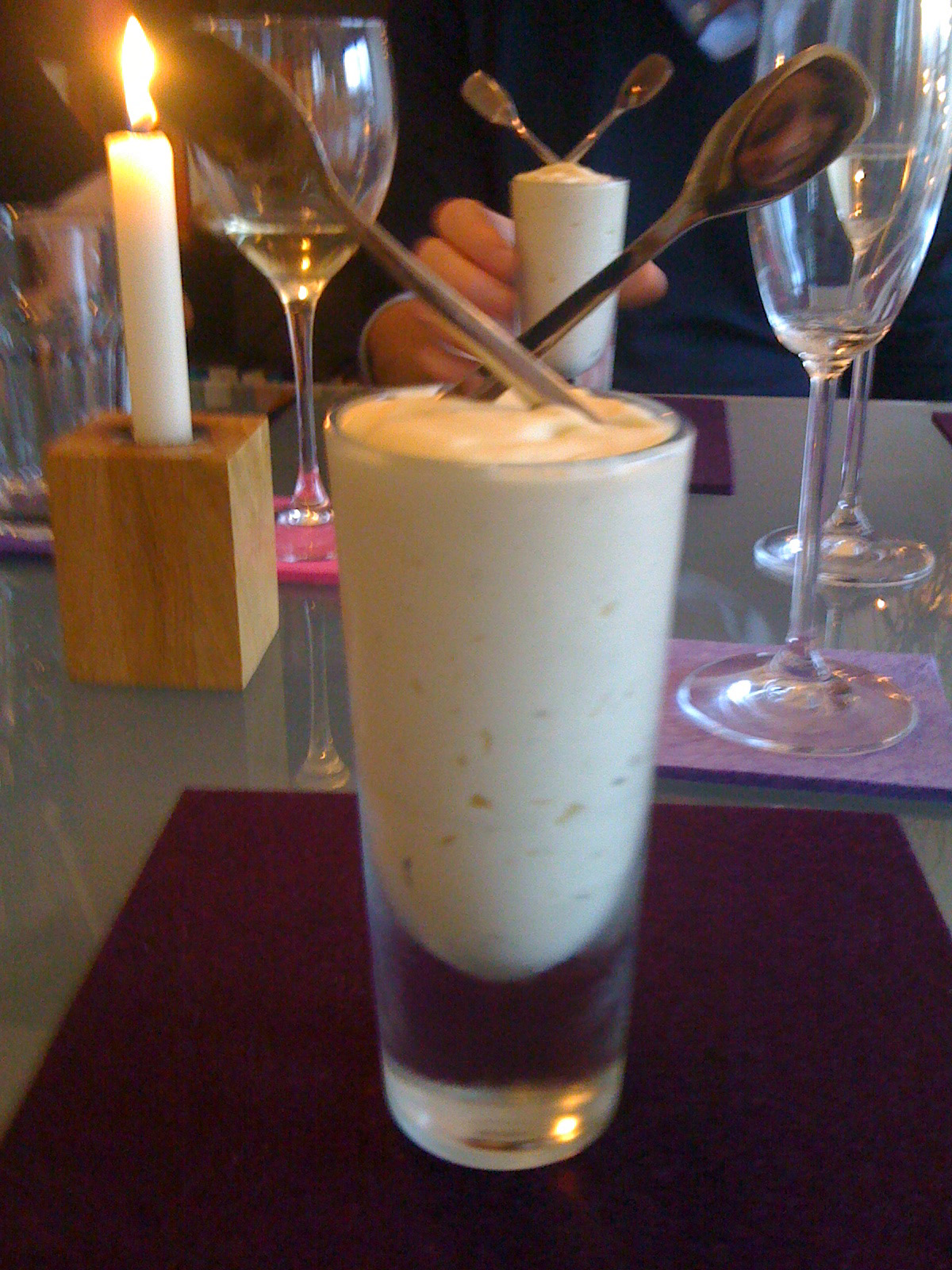 Lucy has now cooked 51 recipes from her book and has 194 to go. Hopefully that means that I'll get another invite somewhere along the line to come and try some more of her delicious cooking!

Reading Xiaowei's blog, it looks like she's a pretty good cook too - those dumplings look mouthwatering!

Once again, Xiaowei's language is very clear, descriptive and funny! I laughed at the line: "Maybe the lions just feel too chilly to dance there." I don't blame them!

I've just picked out one sentence where the context of the words you use doesn't really fit what you're describing:

"However this was often the most boisterous moment in the street: dozens of younger families like us mushroomed outside to get a taxi home (until 15 years ago private cars were not spread yet taxi were quite affordable in my city)."

In English, the word "boisterous" is often used to describe people - you often hear people complaining that their children are being too boisterous. I think instead you could use the word "lively" here, and so the sentence would read:

"However this was often the liveliest moment in the street."

The word "mushroomed" is a great word to use, but perhaps not here. It means something which grows in number very quickly - think of mushrooms growing in a forest and how quickly they sprout up. Instead you could use the phrase "piled out into" (which has the sense of many people gathering and pushing), or even the word "rushed", which would give more of a sense of urgency.

Finally, the word "widespread" should be used instead of "spread".

I look forward to your last week of blogging!

Here are the answers from the last piece of homework:

My sister Wendy moved house at the weekend, so all of the family had to come and pitch in. She had lots of boxes which were jam-packed with books and ornaments - they were really heavy! I was really tired after a late night on Friday, but lifting boxes early in the morning really blows the cobwebs away! She couldn't manage on her own, so having the family around to help was a real necessity. After we moved everything to the new house, I was surprised at how quickly Wendy unpacked and had the place looking fantastic - she's got a keen eye for interior design!

Well done to everyone who got it right, especially those of you who have tried to use these words in your comments. There'll be more homework next week.

Have a great weekend everybody, and let me know if you eat anything tasty...