Shoegaze, shoegaze, shoegaze. Today’s MPFree is…you guessed it…a nice slice of new romantic shoe gaze all the way from that their Canada. And just check out the power chorus on this!

RLMDL (pronounced "role model") is the unsigned solo-guy-who’s-now-in-a-band project of Toronto-based musician / producer Jordan Allen. He describes his sound as “Pin-ups for dream lovers” and this is taken from the Bilingual EP, of which the whole thing is available for free download. And if you fancy parting with your cash then be sure to check out the Before Then Was Now LP, which was released in November and “written and recorded between June 2012 and March 2013, in various bedrooms and studios in Toronto and London, Ontario.” 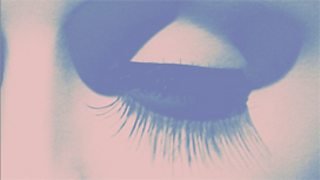 MPFree: Nostalgia 77 - What Do You Know