HOWEVER, despite the title AND the opening line, McGill himself has noted that the song is not actually about health insurance, but about how it feels to be an American in this insecure moment in history.

‘American Health Insurance’ is from his latest album ‘Gallows Etiquette’, released a couple of weeks ago, its title taken from a Charles Simic poem.

This is McGill’s sixth album, and his first after a trio of releases with him fronting a band called What Army.

Quick note: that the Chicago-based McGill is also a member of the band Margot & the Nuclear So-and-So’s. 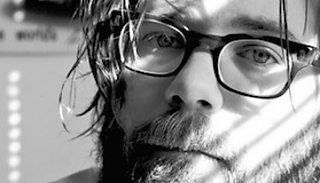