Fire safety: Who is regulating the regulators? 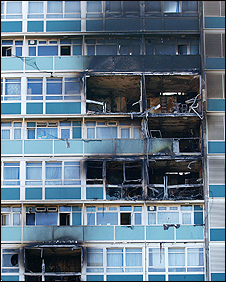 Strange how a story can create ripples beyond the expectations of the story teller.

When BBC London reported on the absence of Fire Risk Assessments in hundreds of London tower blocks, a frenzy of public landlord activity seems to have taken place.

It has now come to light that that frenzy extended to at least one public building owned by the Crown; quite possibly others too.

On February 16th this year the HQ of the Communities and Local Government Ministry (CLG), Eland House, was served with an enforcement notice under the Fire Regulatory Reform (Fire Safety) Order 2005. A freedom of information request from info4fire.com drew this one out of the woodwork.

There is a certain, 'so what?' factor about this; until you consider the statutory responsibilities of CLG.

The government department responsible for making sure these fire safety rules worked, you guessed it, CLG.

Not only that. Government buildings are not regulated in the same way as other London buildings which are the responsibility, in fire safety terms, of the London Fire Brigade.

The Crown Premises Inspection Group is the body making sure that public servants working in these buildings are safe from incineration. The man that group reports to is Sir Ken Knight.

This is the very same man, who as the government's Chief Fire Adviser, reported after the Lakanal fire that:

"Consideration should be given to conducting a review as to how the 'responsible person' under the Regulatory Reform (Fire Safety) Order 2005, can be assured that their assessment of risk is suitable and sufficient, particularly where the premises is of a higher risk."

The breaches found at CLG are not insignificant according to the inspector who filed the report.

In a note to the boss, former Secretary of State John Denham, the inspector outlined the risk that the "Crown" may be putting its employees at a greater risk than "non-Crown employees".

In short, the Secretary of State may himself have been failing in his responsibilities as a "responsible person" under his own fire regulations for protecting those people working at Eland House.

It certainly wasn't clear to the inspector who the responsible person was. Sounds familiar, mightily embarrassing you might think. 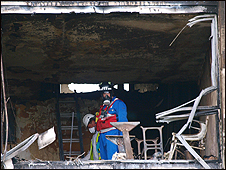 Ironically unlike New Look and Shell who have previously been fined six-figure sums for breaching the same fire regulations, CLG has Crown immunity from prosecution. No danger then of a very public furore arising out of a court case.

The enforcement order identified what it said were breaches of 13 out of 15 articles in the Fire Safety Order which were the responsibility of CLG.

It found that in the building's atrium fire engineering to stop the spread of a blaze had been crucially compromised. It noted that by installing a cafeteria after the building was completed no-one seems to have considered the possibility of "uncontrolled fire spread throughout the building."

The inspector also found there was an unsuitable and inadequate Fire Risk Assessment. No evidence of adequate training of officials. Crucially, in an echo of the problems Sir Ken Knight identified in Southwark, there was no clearly nominated responsible person to make sure fire safety regulations were adhered to.

They say a fish rots from the head first.