The curtain has just about fallen on the 2009 athletics season.

Usain Bolt is relaxing in his Jamaican home, with the same smug, content feeling that the Roadrunner must have had after never being caught by Wile E. Coyote. No doubt Usain is proudly rewinding and watching his world records on video.

That means it is time to reflect on what has been a great track and field season. 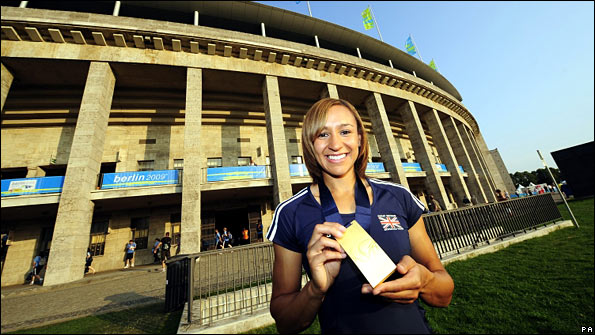 As an athlete I would sit down and evaluate at this time of year before starting back winter training: what worked, what didn't work and how I could make things better.

I would eat all the foods I was not allowed for the previous 48 weeks and enjoy 'real life' for a bit before the routine starts again.

So what will certain athletes have on their report card for 2009? Mission accomplished, or could have done better?

Missions were definitely accomplished for several athletes including Bolt, heptathlete Jessica Ennis and those that stepped up in Berlin after Olympic disappointment and delivered like high jumper Blanka Vlašić and triple jumper Phillips Idowu.

In a previous blog I asked whether Bolt and Ennis would dominate their respective events in 2009 and they did so in great style.

Bolt continues to be the tonic the sport craves and Ennis has become the new 2012 pin-up.

Those that need to go back to the drawing board are any of Bolt's competitors and, as 2012 approaches faster than the man himself, several British athletes need to come back strong from either injuries or disappointing performances.

The British team, though, with their six medals in Berlin, did well, when you consider our medal hopefuls were dropping like flies before the Championships. Head coach Charles Van Commenee will be another man with a little smile on his face.

In his first season at UKA I think Charles can be pleased at what has been achieved. A lot has been said and written about his arrival and that of other overseas coaches.

I personally do not have an issue where our expertise and coaches come from, as long as the British coaches have a chance to shadow them, develop and learn from them.
Surely combining the experience and knowledge of others with our own is the way forward?

So what should we expect next season?

A fully fit Tyson Gay going eyeballs out, stride for stride with the big man, will be superb. I am not saying the 27-year-old from Kentucky can beat Bolt, but he will race Bolt, and that will be interesting.

Gay clocked 9.69 seconds over 100m this season, effecively on one leg because of groin trouble and with really bad starts. I can't wait until he comes out of the surgery room with a fixed groin to give us all the 'real' battle we have been wanting to see for two years.

Will Kenenisa Bekele. continue to match Bolt with his dominance and not get the same level of attention? Probably.

It has been a great season and of course pats on the back have to go to all those who made it so, including the great performances of our athletes who now head into 2010 with a super busy season including the European Championships at the end of July and the Commonwealth Games in October.

I remember in the Autumn of 1999 sitting down with my coaches and setting out the plan to peak at an Olympic Games that was towards the end of September. Not easy.

As many, including the Americans, concentrate on grand prix races and big times, distances and heights, our athletes will have to peak several times and very late in New Delhi.

The Commonwealth Games is fourth on the list of priorities to athletes, after the Olympics, Worlds and Europeans and again next year, with it being so late we may see many athletes either under-performing or not even bothering to do it.

Is there an argument for the home countries to send a developmental team to these Championships?

It was a great season so feel free to share your highlights. Roll on 2010.

Katharine will be discussing the big issues in Olympic sport on BBC Radio 5 live's London Calling programme on Thursday at 2000 BST.

I'm Katharine Merry, former world 400m number one and an Olympic bronze medallist at Sydney 2000. I'm now a mentor to junior athletes as well as working in radio and TV, and as a trackside presenter at major events. I'll be aiming to give you a behind-the-scenes insight to the world of athletics.

You can stay up to date with Katharine Merry via these feeds.