When Fabio Capello and his team walk out at Wembley on Tuesday for their latest Euro 2012 qualifying tie against Montenegro, they will come up against a name only too familiar to those associated with English football.

Taking his place in the opposition's dugout will be Zlatko Kranjcar, father of Tottenham midfielder Niko and manager of Montenegro - arguably the greatest threat to England's chances of reaching the finals in Poland and the Ukraine.

Under the shrewd leadership of the much-travelled Kranjcar, who took over in February, Montenegro have made a perfect start to their campaign to qualify for a first tournament as an independent nation since splitting from Serbia in 2006, winning all three games against Wales, Bulgaria and Switzerland 1-0 to top Group G.

It already looks as though The Brave Falcons will provide England with their sternest test in qualification, though Kranjcar does not believe it is realistic to suggest his team can finish top of the group and automatically reach the Euros.

"After a good start I am seriously thinking now about second position and the play-offs," an upbeat Kranjcar told me on the eve of the biggest match in Montenegro's fledgling football history. "I consider myself as a realistic optimist, especially as we just beat Switzerland in Podgorica. 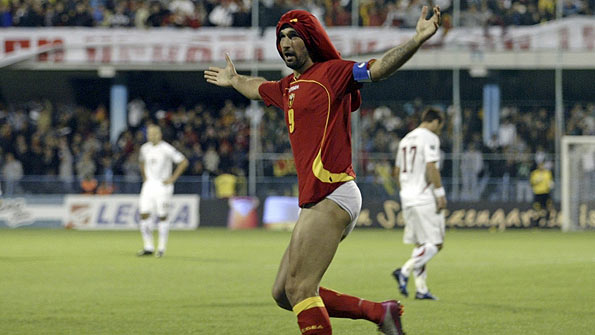 "We are arriving relaxed, with no 'result' pressure on us. Playing against England at Wembley is a huge motivation for my players and if we manage to use it alongside tactical discipline we might just be able to surprise our hosts.

"I know England will be ready for us, that they will approach the game very seriously after some bitter experiences against Balkan teams such as Croatia. They have no real weaknesses when they play with the right motivation. Our goal is to present our football in the best possible way and show to the world that our previous results were not a coincidence."

It is unlikely that the fastidious Capello will have put Montenegro's hat-trick of victories down to mere luck. This is a team that, despite the country's population of fewer than 700,000 (less than that of Birmingham), contains some very good footballers and they have the added threat of patriotic fervour, of being desperate to take their country to a major tournament for the first time.

Kranjcar, who captained Croatia in their first international match as an independent nation in 1990 against the United States, knows what is at stake for the Montenegrins and believes he has the resources at his disposal to turn a nation's dream into reality.

"We have a group of players who are strong characters full of pride, especially when they are playing under the national flag," he said. "I think our defence have all played very well so far, especially Marko Basa and goalkeeper Mladen Bozovic. [Sporting Lisbon midfielder] Simon Vukcevic is also a great individual player, with talent to sell. We are a small country and every player is very valuable for us.

"One of the most important things is the team spirit. My job was to convince the players that they have the quality to compete on the highest level, to give them the self confidence they were missing in the qualifiers for World Cup.

"I know their value and that gives me the right to teach them and motivate them to be on the top of their game when needed."

Right at the top of his game is Roma striker Mirko Vucinic, a footballer of sublime talent who is far and away the biggest danger to England - especially as the centre of Capello's defence will be different for a sixth successive match.

Vucinic was imperious in the 1-0 win over the Swiss, scoring a wonderful winner and then showing his playful side by whipping off his shorts and placing them on his head by way of a celebration. He has scored 11 goals for Montenegro, and Kranjcar is under no illusions as to his star quality. 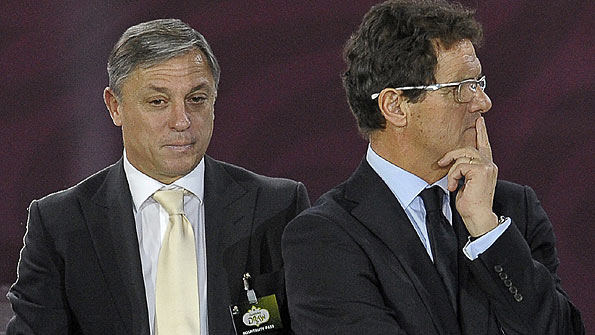 "When the team plays well, someone always pops-up like Vucinic. He is a class player, with charisma and personality, a real captain that this team needs. He was very dangerous against Switzerland and showed he can score against anyone."

After their first attempt at qualifying for a major tournament ended prematurely, Montenegro could not have dared hope they would be in with such a good chance so soon. Drawn in Group Eight alongside Italy and Republic of Ireland, their bid to reach the World Cup in South Africa never got off the ground as Montenegro finished a distant fifth, 15 points behind the Italians and lower even than Bulgaria and Cyprus.

In order to prepare the ground for a real challenge, the Montenegro Football Association needed to appoint a manager with experience of leading a country to a tournament and an instinct for getting the best out of their players, and in Kranjcar they seem to have found themselves the perfect candidate.

"I learned much from my playing days and I'm proud of being the first Croatian captain, but for me a much more important moment was when Croatia booked a place at the 2006 World Cup in Germany when I was in charge," said the 53-year-old Kranjcar, who was also capped 11 times by Yugoslavia.

"I learned many things in that campaign and now I am using that experience in my job with Montenegro. I guess the two jobs are pretty comparable because of the similar mentality and the encouraging start I made with both teams in their campaigns.

"Leading Croatia is a bit more delicate because of the high expectations the nation has from their team, while in Montenegro we do not have the same results imperative. We just want to give our best effort in every game."

Kranjcar's son Niko scored twice for Croatia as they won in Israel on Friday to go top of Group F, and the Montenegro coach admits he would love both countries to make it through to the Euros in 2012.

He says he has spoken to Niko about Tuesday's game, but quickly adds "not because I needed his opinion". Kranjcar spends a lot of time in London watching Premier League football and has done his homework on England's campaign so far, as well as their short-lived World Cup adventure in the summer.

I finish by asking him what it would mean to Montenegro and to Kranjcar to be one of the 16 teams competing for the European Championship title. "It would be a fantastic success for the entire county and a big boost for everyone in Montenegro," he says.

"I am very proud to be at the helm of the Montenegrin national team and very proud of my players. I took the responsibility to lead this talented group of players and we will try to get the results that will make everybody proud.

"If we finished in the top two in the group and reached the play-offs it would be a great success for the entire population. I would be absolutely delighted if we qualified, and of course I wish to Croatia the same success."

It is a little over three years ago that Croatia arrived at Wembley and ended England's hopes of reaching Euro 2008 with an infamous 3-2 victory. Kranjcar will be hoping Montenegro can repeat the feat and take another step towards a historic first tournament appearance.