Media glare on Murray at Melbourne

If you ask the British bookies who they make favourite to win the Australian Open the answer would be Andy Murray.

"It's surprising to hear," says an amused Roger Federer, clearly fancying his own chances with his 13 Grand Slam titles.

Which brings us to Murray. Who does he consider favourite? 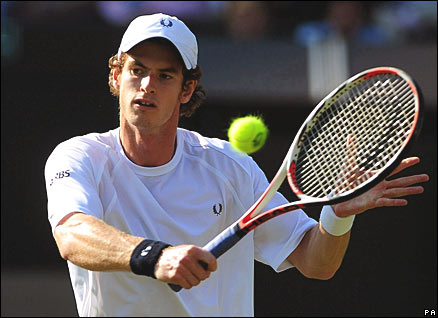 "Umm... I think Federer wants to be favourite," he deadpans, "so I'd probably give it to him."

Oh yes. Touché! A little bit of mild-mannered pre-tournament jousting never did anyone any harm and Murray's in a jolly mood in his blue tracksuit as he talks thoughtfully into the Melbourne microphones.

The boy has well and truly arrived when he feels he can crack a gag at Federer's expense and it's a sign of his confidence at the moment. He's no longer the new boy; he's the most talked about player in the run-up to the year's first major.

In Saturday's "Herald Sun" newspaper here in Melbourne, there was a two-page spread on Murray and his back-up team, not in the sports section but the news pages. The international press has picked up on his four successive wins over Federer and see him as the man to beat.

All of which is an obvious irritation to the man from Switzerland who, let's not forget, has won three times in Melbourne and claimed the last major at the US Open four months ago.

Rafael Nadal, the world number one, never seems to start the year particularly well, Murray has never won a major title before and defending champ Novak Djokovic has lost to Ernests Gulbis and Jarkko Niemenen already this year after deciding to change rackets in the off season.

If Federer can survive against Juan Martin Del Potro (potentially the player of the season ahead) in an intriguing possible quarter-final, then he remains my pick for the title.

The American sisters, the evergreen Venus and Serena Williams, are the ones to beat in the women's championship but much of the smart money is heading to Russia for a potential first time major winner - either Elena Dementieva or Dinara Safina. 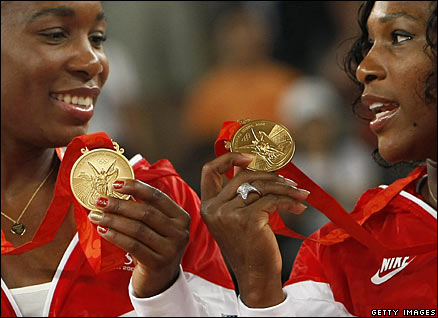 These are the form players at the start of the year and in the race for the Sony Ericsson WTA number one ranking, a game of pass-the-parcel proportions at the moment, the winner of the title this fortnight is likely to become number one for February.

It could be Olympic gold medallist Dementieva, a fixture on the WTA scene for seven years but who only recently has found the belief required to triumph at the top level. Having found that belief, highlighting her success in Beijing as a turning point, and having found out how to serve after all these years, she's the complete package.

Her serve used to be part comic, part tragic - 65mph at times with a ball toss which sometimes would be nearer horizontal than vertical when under pressure.

But at Roland Garros last year I remember watching her hit three aces and a service winner in one game against Vera Zvonereva. That was her eureka moment and I take her to triumph and take top spot in the women's game.

How nice to sit in the sun on Saturday and watch two British players qualify for the main draw of the women's singles. Hard fought victories for Elena Baltacha and Katie O'Brien mean there will be four British women in the main draw of an overseas major for the first time since 1992 US Open. And not a wild card in sight.

Five years ago British women's tennis was in a terrible mess. When the head of the department at the LTA retired he wasn't properly replaced. Coaches came and went, sports science was practically non existent and there was little sound advice on scheduling matters.

Now under the leadership of Carl Maes and the experienced coaching of Nigel Sears, the players are getting results. None of them are massive world beaters but they're all starting to make the most of their ability while understanding their limitations.

Anne Keothavong could be a top 50 player by the end of this tournament and Mel South should make the top 100. O'Brien will be close to her career high ranking while Baltacha, so troubled in her eight-year career with illness and injury, could still have her best days ahead of her.

Out on court 13, Baltacha was serving fiercely and striking her forehand imperiously as she beat the top seed Jelena Kostanic Tosic. She let out a huge scream after converting her match point and hugged her boyfriend by the umpire's chair.

Then O'Brien beat Betina Jozami, also in straight sets, and was so chuffed afterwards she couldn't stop smiling and giggling. It's the first time she's qualified for an overseas major.

From that nadir of a few years ago this is considerable progress. It's so important for the group of talented British juniors including Laura Robson that a benchmark is set by the more senior players and that potential is maximised. It's all you can ask.