Melbourne promises to put the spice back into F1

Even on the first day of the Australian Grand Prix meeting, Melbourne's Albert Park track has challenged Formula 1 in a way that the season's opener in Bahrain could never do.

It rained. And there was a series of incidents that if they'd happened during the race instead of practice would each have called for the safety car, a random element that can mix the field at a stroke.

This street circuit, with its temporary concrete walls ringing the lake, is unforgiving to those who stray off line - in stark contrast to the expansive run-off areas at Sakhir.

A forecast of further afternoon showers on Saturday and Sunday means qualifying and the race could provide the thrills that were in such short supply in the Middle East. 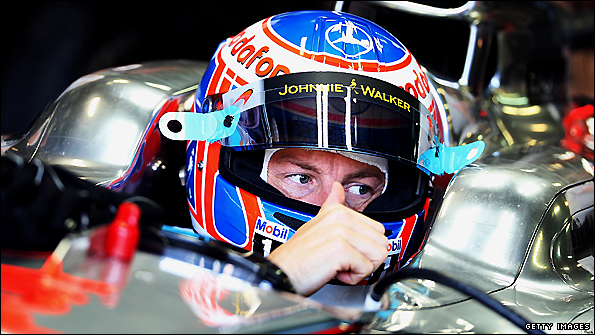 The changeable weather on Friday meant limited running and limited knowledge for the teams. The track is evolving, becoming grippier and faster, with every lap because it is used by F1 cars just once a year over the grand prix weekend.

The first session in Melbourne can be little more than preparing the track surface. The second session promised to be more meaningful until the shower bursts.

Those who went out early and fast on lighter fuel loads, like the McLarens of Jenson Button and Lewis Hamilton, found the most benefit. Mark Webber's Red Bull, with massive home support, and Michael Schumacher's Mercedes only came close in the final minutes as the track continued to dry.

Without consistent performance markers, there's no clear picture of genuine movement in the pecking order. But both McLaren and Renault merit strong mention.

Certainly, the bounce was back in Button's stride after second practice.

"I've been happy in the car since lap one", the world champion reported as he posted the second fastest time of the day behind Hamilton. He had already outpaced Hamilton for the first time in the earlier session.

As a morale-booster to the team, shocked at their lack of grip at the first race, it appeared to do the job. It should encourage Button who, when he finds the groove so early, usually remains a contender for the whole weekend.

Hamilton, meanwhile, will have to refocus after his unfortunate evening meeting with Melbourne's boys in blue.

Having lost out in the tight, bumpy, low speed corners in Bahrain, both cars looked far more at home over the kerbs of the higher speed turns around Albert Park.

They also rode more comfortably over the bumps which can so easily throw a car off line while braking.

There had been little to choose between the pair in the first session, when completing longer, heavier fuelled runs which saw them near the front of the field. And they both reported good balance in the qualifying simulation which took them top of the timesheets.

But McLaren will be aware that this track will not expose their aerodynamic deficiencies as cruelly as the next two venues in Malaysia and China. This weekend could provide only temporary respite.

They'll also remember from Bahrain how Friday's optimism evaporated as Red Bull and Ferrari disappeared into the desert during Saturday's sessions.

It was noticeable how Sakhir's front-runners chose mostly to concentrate on longer runs on Friday in Melbourne. Sebastian Vettel found himself sandwiched between Felipe Massa and Fernando Alonso in both sessions when there were only a couple of tenths of a second covering all three of them.

Mercedes admit they are still in the process of making up ground within the leading pack of four teams but just behind them Renault look to have built on their promise from the first race.

Robert Kubica could not hide his satisfaction at being quickest in Friday's first session and at his consistency on a drying track in the second. Renault's aggressive development policy has delivered updates for the next four races.

Unlike last year when the wind tunnel findings weren't always replicated on the track, this season's figures have been "gold dust", according to one team insider.

Kubica's something of a specialist at street circuits where he finds it "easier to find the limits than at modern tracks with their big run-off areas". The Renault went exactly where he pointed it.

A mistake in final qualifying and a first corner collision with Adrian Sutil in Bahrain cost him dear. Australia promises better.

As in Bahrain, the softer tyre is the favoured qualifying tyre, with none of last year's startling performance drop-off but there is a concern that the harder compound takes at least three laps to warm up to working temperature.

Nico Rosberg, for example, took five laps to match the times of his Mercedes team-mate, Michael Schumacher who was on the softer compound.

That sort of difference means that leading teams may not feel the need to react immediately to a rival pit stop because there could be an advantage in staying out on the faster softer tyre to gain track position.

With the pit-lane speed limit reduced for this race on safety grounds, pit stops themselves will take on average four seconds longer. That will mean drivers will take longer to build up a big-enough advantage to find clear road after stopping.

On a much shorter lap than Bahrain, that will not be straightforward. Slower cars caused problems throughout practice.

After the anti-climax of the opening weekend of the season, Melbourne feels like a re-start. Already attendances at Albert Park are up on 2009. Here's to Sunday's race following suit.

Although Red Bull dominated qualifying, with only Alonso able to get anywhere near Vettel and Webber, prospects for an interesting race are still good.

Red Bull undoubtedly have an edge in low-fuel trim - just like they did in Bahrain two weeks ago. But, just as in Bahrain, the competition looks closer with race fuel loads.

If it stays dry, both the tyre compounds teams have to use are expected to be able to last the race without problem.

Weather and safety cars are set to play key roles in deciding the outcome. Red Bull's weather forecast suggests a 20% chance of rain at the start, which is at 0700 BST - don't forget to put your clocks forward! - and an 80% chance before the chequered flag.

Because of the proximity of the walls at Albert Park, a safety car period is always a good bet at some point - and that will complicate matters for the teams.

The temptation if there is one in the early laps will be for teams to bring their drivers in for what would be planned to be their sole pit stop for tyres.

But that calculation is complicated by two things - they cannot 'stack' their cars in the pits; and the possibility of rain later on means it might be worth gambling and staying out in the hope of making a 'free' pit stop when everyone else does to change to wet-weather tyres.

The bottom line is that history has proved that one should never underestimate the ability of Albert Park to throw up a wildcard - as Eddie Irvine and David Coulthard proved with their unexpected victories in 1999 and 2003.

Jonathan Legard commentated on Formula 1 for the BBC in 2009 and 2010. He wrote regular blogs during that period, giving a behind-the-scenes insight into the grand prix weekends. Jonathan, previously 5 live's football correspondent and before that the radio station's F1 correspondent, is no longer part of the BBC's F1 team.

You can stay up to date with Jonathan Legard via these feeds.