I so hope there is an upset in this World Cup. Will the Rugby World Cup ever be won, say, by Russia or the United States?

I know lots of football fans and football journalists and their argument is always that rugby has never really spread beyond six or seven teams who might win a tournament, and, because rugby is the game it is, upsets are rare.

There are only 20 nations heading for New Zealand, and it's pretty much a recognisable list.

Nigeria, Kenya and China, ranked 61st in the world despite its resources, aren't there. The Germans haven't made it, and the Indians are watching it on telly like me. I am glancing down the IRB rankings as I write this. 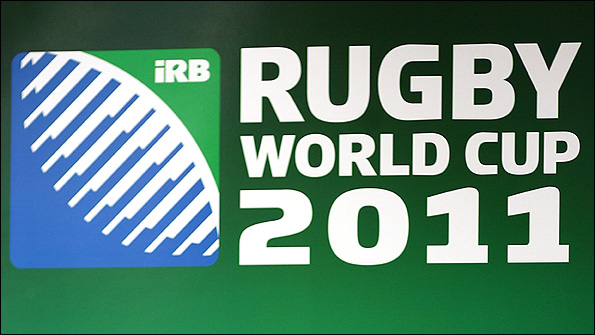 Recent upsets include Italy beating France in the Six Nations just past, Samoa upsetting the Aussies this July, and Fiji beating Wales in 2007. But in general they don't happen that often.

Oh, you'll get an unpredictable result among the top nations, but Georgia beating England? It's practically unthinkable, and I say that as a former playing colleague of Richie Dixon, the wily Georgian coach and former Glasgow flanker.

It is genuinely extraordinary to me that the USA languish 18th in the rankings. How on earth can this be? With nearly 90,000 registered player they have more than double Scotland's resources.

The more I think about it, the more I come to the conclusion that rugby actually needs an upset or two. An upset would prove the game is spreading throughout the world - though sevens is the principal vehicle for that due to its Olympic status in Brazil 2016.

Let's try to spot one. Pool A should be dominated by France and New Zealand. The Canadians don't have the playing numbers to cause a real fright yet, but the Tongans could beat anyone.

Pool B might have three teams - Argentina, England and Scotland - trying to be the top two. And I just think if there's going to be an upset or two one might come here. Georgia might, just might, scare someone.

Pool C must surely have Ireland and Australia out on top. One day Russia and the USA could dominate world rugby if they concentrate their resources but not yet. Could the USA beat Ireland?

Frankly, I would hate to be in Pool D. Who in their right mind wants to play against Fiji, South Africa, Samoa and even Namibia in successive fixtures. Could Samoa or Fiji beat Wales? Are South Africa worried enough to come a cropper?

I think Pool D might just give us a shock or two.

But I do believe we need more teams exerting pressure on what is, to all intents and purposes, a fairly predictable list of entrants.

Notwithstanding all of that, I am prepared, your honour, for a severe lack of sleep over the coming weeks.

I anticipate feeling dreadful, having tea and toast at three in the morning, falling asleep while on air at lunchtimes, and having that little adrenaline surge when I switch the telly on. I love it.

Why can't we have a year-long World Cup?

I just can't wait. Who do you think will cause an upset?