Non-selection can be a bitter pill to swallow

Come on you lot: what's the strongest team Andy Robinson can pick?

There we are. The Scottish squad for the 2011 Rugby World Cup has been announced and it's congratulations to everyone involved.

There is sadness in our family of course with my son not making the cut, but life teaches you hard lessons and, as I'm sure all of us think when we look back, it's actually the bits where we have to dust ourselves down and move on that help to mould us for later life. 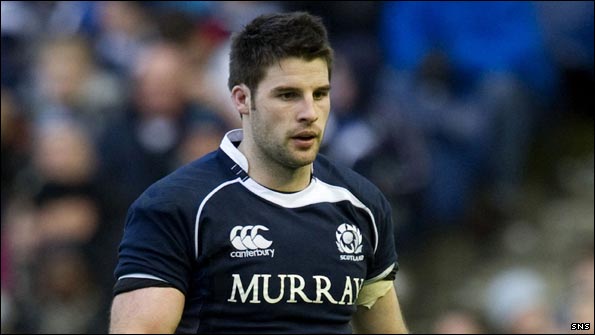 At least, that's my flipping excuse for having so many operations thanks to rugby.

I think it's a good squad.

Any Scottish XV, with Blair, Lawson and Cusiter battling for the number nine jersey - and a host of back row men to choose from including Vernon, Brown and Barclay can't be bad.

"We are fitter than we have ever been" is a cliche trotted out by practically every squad, but north of the border it's true.

Individually they are good players. Andy Robinson's style is authoritarian but inclusive and attention to detail has included breakdown skills and a desired tempo.

It's been hard to know whether the Scottish players have been playing to a carefully thought out plan or just going through the motions at line-out time and in their attacks though.

My guess is that the "secret" line-outs will be kept for New Zealand, but we've seen a similar attack strategy in both games and I can't see that changing too much.

We can't read too much into either warm up, but it's fair to say that not everything has been perfect in the two build up games.

My guess is Robinson will have seen a few things needing ironed out.

The scrum wasn't acceptable against Italy. It's too far away to guess the weather in New Zealand, but if Scotland's scrum creaks it could spell trouble.

Which means that the choice between Geoff Cross, Euan Murray and Moray Low at tight-head is so very, very important with Cross having possibly inched himself to the front of the queue with a man-of-the-match display against Ireland.

Looking at the squad there are clear choices to be made. Does Robinson go for Ruaridh Jackson or Dan Parks at 10? Will Chris Paterson be at full-back or will he opt for Rory Lamont?

I suspect the back row picks itself with Vernon, Brown and Barclay. The second row, possibly, is the same with Richie Gray and Al Kellock though both Jim Hamilton and Nathan Hines have their strengths - Hines is a link man and big Jim a battleship if need be.

Allan Jacobsen looks to be a shoo-in at loose head - perhaps Scott Lawson is now putting more pressure on Ross Ford and the midfield will be built around Graeme Morrison.

It is so very, very exciting.

I said in the commentary that I missed the first ever Rugby World Cup and watching poor Nikki Walker being ferried from the pitch brought a lump to my throat as I knew how he felt.

Anyway, it didn't do me any harm. Apart from being very bitter...

Bad luck to the lads who've been left out, and superbly well done to the boys going on the plane.

What do you think will be the best team Andy Robinson might pick?

You give me your suggestions; I'll have a think and put mine down.