The focus now is on England. Scotland haven't won away at Twickenham since 1983, which is the year that seat-belt use became mandatory in the UK, the first mobile phones were put to market by Motorola, and Microsoft Word was first released.

I played in the game, had my first McDonald's the following (hung-over) morning, and I've wanted this particular away record put to bed ever since.

It seems unlikely, but it is possible.

But first a look back at Sunday and a nail-biting match that could have been won by Scotland despite conceding three tries and not scoring any. 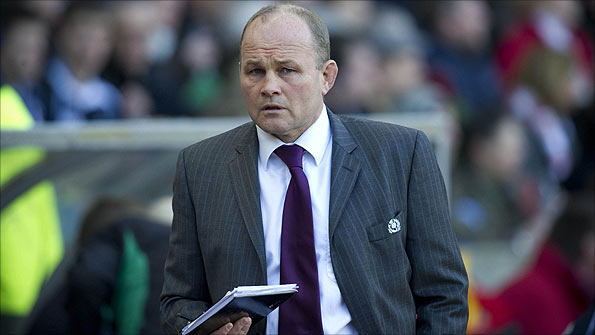 The Irish deserved to win though and they are, after all, three places above Scotland in the IRB rankings. Ronan O'Gara's control was evident, and Sean O'Brien is an ample wrecking machine in an effective Irish pack.

But, if Scotland had played for 80 minutes the way they did for the last half hour then they would have won. There was an inexplicable, or is that understandable, lack of confidence in the first 40 that was jettisoned as they set about their task later.

The sin-binning of Allan Jacobsen was the strangest event ever, with both front rows up to their usual tricks and, although Scotland were down a man in his absence, it possibly gave Scottish players a focus.

Sean Lamont and Richie Gray were outstanding, as were Mike Blair and Rory Lawson when he came on, while Kelly Brown, again, proved that he has a motor and a relish just to be involved.

The beauty, from Scotland's point of view, was that lots of players had points to prove when they came on and they did so.

But where now has to be the questiion? There is much soul searching as to why Scotland, as a team, aren't scoring tries and if I had the answers I'd be the coach.

I am writing this late on Sunday night, and I am down. And people who know me will understand: I don't get down.

I sat beside the parents of Thom and Max Evans after the game and when I see what happened to Thom I do realise that there is more to life than winning games of rugby, but when you lose a few in a row it's not fun any more talking about it, writing about it, and trying to explain it, and asking people questions about it.

So, I need to get some sleep and some focus and I'll come back to this on Monday morning.

On the upside, I think Scotland will frighten England.