It's time to regionalise Scottish rugby

When I was a kid first playing rugby, the petrol was cheap, the roads were clear, and women were quite happy if their men-folk said: "By the way, the game this Saturday is in Elgin, see you on Sunday!"

But even back then it was the local derbies that got the heart pumping, stopped you sleeping at night, and produced the biggest crowds as fans didn't have to make the same idiotic trips the players were forced to travel. 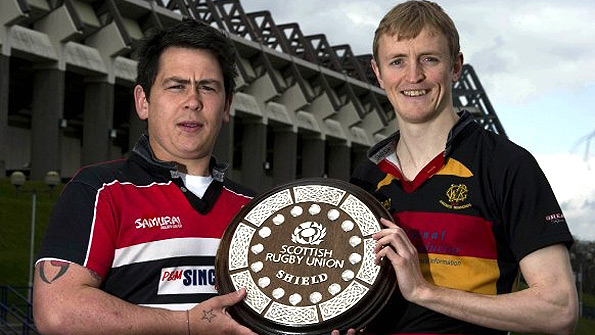 Nowadays diesel is £7 a gallon, roads are car parks pitted with potholes, and women leave men who threaten to spend all weekend enjoying their sport - and frankly it's hardly surprising.

(Usually for a golfer, who is only away all day Sunday.)

On top of that a long bus trip can cost a rugby club £1,000, and in an era when it's hard enough to get players to cough up their subscriptions that's a lot of money to find.

Six long away trips and some serious fundraising is needed. In a recession?

There is an SRU working party looking at the set-up of Scottish rugby and it has a difficult task keeping everyone happy.

You know that, fundamentally, I think rugby should be played in two chunks in the year with winter and summer breaks and I hope they have that within their remit as it is entirely possible to play rugby on a Friday night and keep the private school former pupil clubs happy as they need bits of grass for cricket on Saturdays.

But regionalisation is probably target number one. Our Premiership here in Scotland needs and wants competition taking place across the country. It's the level of the game where future talent is spotted.

But there's a level of rugby where players haven't signed up to spending a whole day on a bus for their game.

The argument is where you draw the line. Should you have just one Premiership of 12 teams? Or should there be a three-league Premiership and you ask 36 teams to travel across the country?

Underneath them it's National 1. National 1 is the strangest league as it's the "League of Little Movement" as some sides go up through it, others come down through it, but most of those sides in it seem to sit there.

There's Langholm in the south, Greenock and Lasswade are rampaging through it but would have done if they had arrived via play-offs and regional leagues, Irvine in the west, RHC in the east and Ellon in the north.

I think we have to bite the bullet in Scotland and save teams a fortune in costs and time.

The Premiership should take place all over the country if that's what the teams in it want, and there should be play-offs to get into it.

But beneath that, for goodness' sake, the leagues should set up the kind of local derbies most of us actually want.

Regionalise rugby in Scotland beneath the Premiership, please.