The women's World Cup kicks off in England on Friday. There are 12 teams taking part, with sides like Sweden and Kazakhstan involved. Come on Scotland!

And here's my question: Why will this event be ignored in comparison to the coverage given to women's soccer, tennis, golf, and athletics?

I don't quite get it.

New Zealand will be at this World Cup, as will South Africa, England, the USA, Canada and the other principal Six Nations and southern hemisphere countries.

Some of the players from the richer countries are professional. Go onto YouTube and have a look for New Zealand women's rugby and be prepared to be impressed. 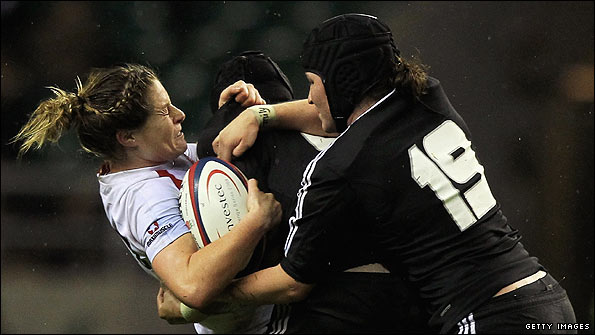 I have two main memories of women's rugby.

A while ago I was in Canada and took the Toronto Scottish women's team for a coaching session because I was staying with Alan Freemen, whose partner Heather Hunt earned her first cap in the centre for Canada in 1996.

And my second memory is when we interviewed one of the Scottish players live on the radio ahead of the last women's World Cup. "We have elected," she said, "to have a drinking ban before and then during the World Cup for as long as we are in the tournament."

Can you imagine that? Even British and Irish Lions tours have their "drinking" episodes. In that moment the women's team, who all had to raise much of their own money to travel, proved they were dedicated.

Do any men's rugby teams have drinking bans?

There are, of course, lots of serious questions to ask about women's rugby. Should women be rucking and mauling, tackling high and flying into each other?

Would you like your daughter to play? In my opinion if they want to then, yes, of course they should and it's the prospective participant's decision and nobody else's.

Our daughter Jennifer plays football down at Arsenal and we respect that and, perhaps because of that, I have grown to respect women's sports massively.

Women, I think, try harder than men. Glasgow City women's football team, one of the best soccer teams in Scotland, but amateur, train five times a week.
Does your rugby club do that?

Anyway, as women's football becomes the fastest growing sport in the world I'd like women's rugby to follow suit and get the respect it deserves.