Small has its place in the beautiful game

Many of Scotland's finest footballers have been "Wee Men".

Players cast in that very Scottish mould of being vertically challenged, but magnificent on the ball.

However, while they may have been small, there was nothing lacking with the size of their hearts or their playing ability.

In giving a first international call up to the prodigiously talented Danny Swanson and cementing Barry Bannan's place in the Scotland squad, boss Craig Levein has turned the clock back to an era when one question and one question only needed to be answered in picking a player.

With "wee" Jimmy Johnstone and "wee" Willie Henderson and countless other small players at every club in the land, the answer in the past was an emphatic yes.

You'll all remember players at your own club who fit the bill. 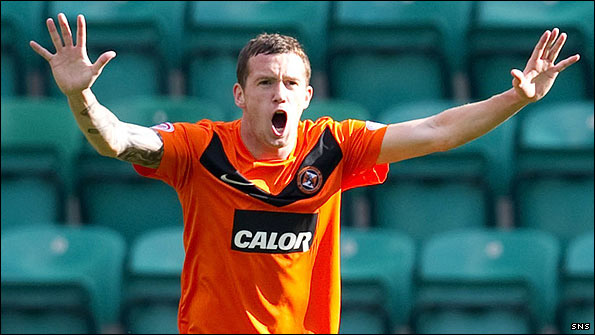 But over the years as our football sought to recreate land of the giants, those who were small in stature, but big in raw talent and ability were not cast for starring roles.

Instead they were frozen out by the "Big Men".

How often have you heard the cry from football managers and fans alike: "We need a big striker"?

For too long our football has taken a narrow view of what makes a footballer.

At Barcelona, the home of perhaps the three greatest talents in world football in Messi, Xavi and Iniesta, size doesn't matter.

Even in the heart of defence the hugely talented Carlos Puyol stands at just five foot ten.

That would give many coaches a severe twitch.

After all, everyone knows you have to be six foot plus to play centre half don't they?

Not Barca boss Pep Guardiola, who instead asks the question "Can he play?"

Not is he tall enough but does he have good spring in his legs.

Not is he big enough, but does he read the game and take up good position.

Not is he 14 stone, but does he have tenacity and drive and character.

In recent times many in football have made the decision that being athletic meant being over six foot and able to run all day.

Thus a generation of Danny Swanson's and Barry Bannan's, tall on talent but short on inches, have plied their trade at lower levels and been lost to the game at the top flight.

Yet, those two are perfect examples of the kind of athleticism required in football.

With low centres of gravity and exquisite balance they can dance past opponents.

With snake-hipped changes of direction, and lightning-quick feet they can leave bigger players trailing in their wake.

Both can skip over the ground leaving heavier defenders flat-footed and have greater mobility than many of the big, lumbering giants classed as "athletic" by coaches with closed minds.

In picking Bannan and Swanson, Levein has gone back to the future.

As manager at Dundee United he spotted Swanson at Berwick Rangers and knew he was watching a player of craft, guile and sheer ability.

Swanson delights the eye and the senses.

He and Bannan are in the finest Scottish traditions of the "Tanner Ba'" player.

Both are blessed with great natural ability, but both have worked tirelessly to hone their skills.

And in reaching the top they have both had to battle against the prejudice of an industry which looks at size first and ability last.

In looking only at the ability of the players, the Scotland boss has embraced the philosophy if you're good enough you're big enough.

And in doing so he, along with both players, stands tall.