Good fans can have a voice

This is a story about how good football fans can have a voice and influence things.

A few weeks ago I broke the story that Derek Robertson had resigned from the Dundee United board.

Derek performed media duties for the club and was, by common agreement, very helpful and good at his job. 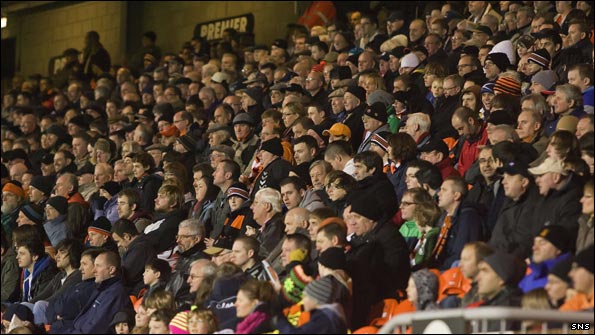 He left for various reasons, but among them was his deep hurt at some very personal and bitter criticism from a minority of fans.

The good news is that he is back at Tannadice and has resumed his duties, albeit he will not rejoin the board.

Big numbers of United fans rallied to the cause of a fellow Arab who had done only his best for the club, putting in countless hours in what was supposed to be a part time semi-retired job.

United fans flooded him with messages of support on websites, on Facebook and in person.

The silent majority were stung into action to come to the aid of one of their own.

They recognised the work Derek had done for the love of the club, the personal replies where some might have sent simply a cursory standard letter, and the constant availability of a man who had stood on the Tannadice terraces as a nipper long before United were a force in the land.

The loudmouths and the ignorant have been sent packing and a moral victory has been won by passionate and thoughtful fans who recognised the injustice meted out to one of their own.

It was United fans this time, but all over the country the majority of football fans are the same. Slow to rise, but stirred into action when they see injustice.

At every club in the land there are Derek Robertsons.

They love their clubs with a passion and will always go the extra mile.

Those kind of fans have restored Derek Robertson's faith, and mine too.