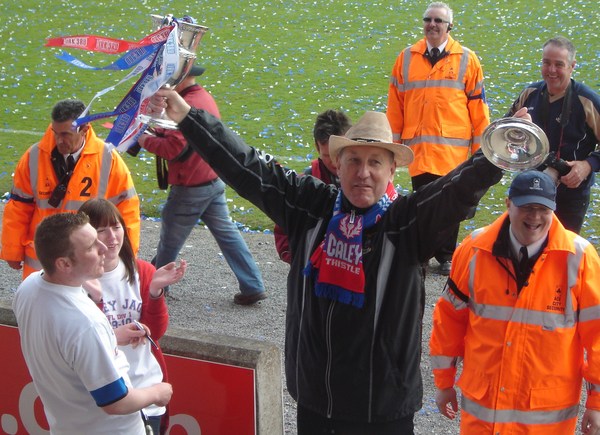 Caley-Thistle's manager,Terry Butcher had a shock announcement for the fans in Inverness this afternoon.

"Next Thursday, " he said, "I'm running for Parliament".

If the General Election was held today and his name was actually on the ballot paer, then I'm sure he'd be in with a chance. Instead he'll have to made do with the party atmosphere rather than party politics. That's what it was today at the Caledonian Stadium after the home side beat Dundee one-nil and the First Division trophy was formally handed over. 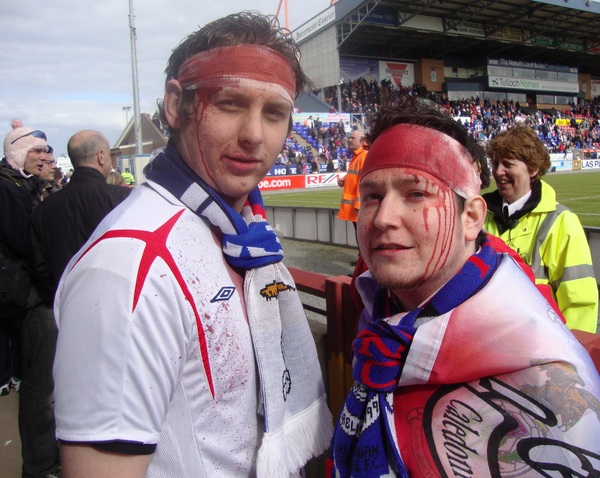 That victory - though not necessary - certainly added to the euphoria. There were balloons, fireworks and fans dressed as Butcher look-alikes. The two I met certainly looked more convincing than the Rod Stewart "tribute performer" who had attempted to entertain us before the game, but who was let down by a under-powered sound system that meant his words and music were swept away from the crowd and are probably still drifting towards Wick. 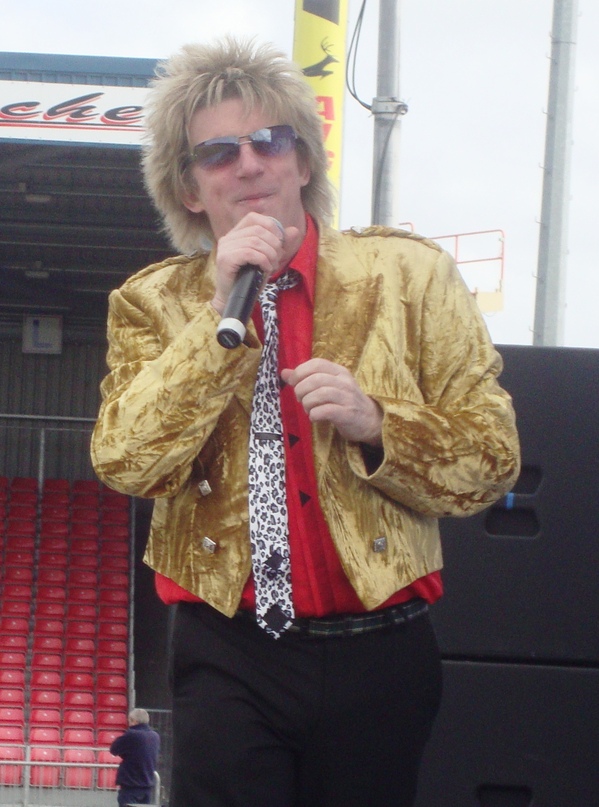 But it's good to have something to celebrate and today was such a constrast to that Saturday at the end of last season when we watched our side crash out of the SPL. 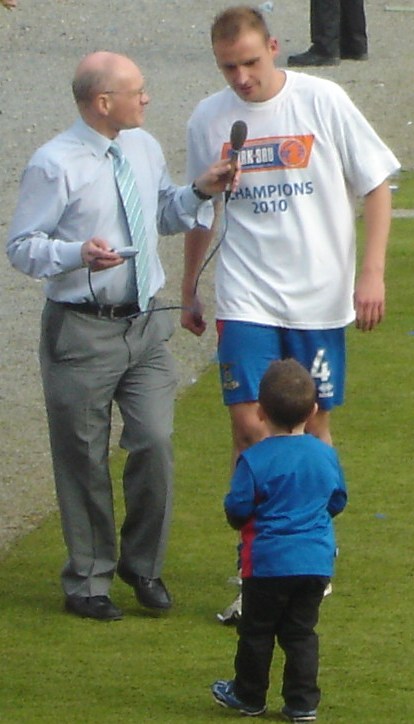 Yet in the midst of the celebrations, some people still had work to do. There was BBC Radio Scotland's Charles Bannerman, for example, chasing the players for an interview and waiting until well past teatime for a word with the manager himself.

There may be three Terry Butchers, but there's only one Charles Bannerman.