The Joy Of Text 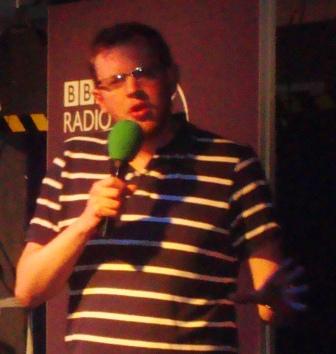 Comedians get huffy when you steal their jokes, so I have to be careful how I proceed here. I want to tell you about a funny routine I saw Miles Jupp perform at our Funny Turns gig in Glasgow this week. He talked about news programmes that invited viewers and listeners to respond to stories by texting in with their own opinions. He wondered if this would eventually lead to reporters doing no work at all and simply asking the audience for their stories...even weather predictions.

He was, of course, going for laughs, but the issue is one that does seem to divide people. There's no doubt that texting is incredibly popular. As an experiment, try asking a group of friends or colleagues if they have ever sent a text message to a radio show. Then ask how many of them have ever taken part in a phone in. I reckon the texters out-number the callers by at least ten to one. That's a bit of a problem for a medium that relies on audio.

But now ask that same group if they actually like hearing other people's texts read aloud on the radio. You'll probably get another divide...fifty-fifty perhaps.

And there lies the problem. You hear something on the radio, you want to agree, disagree or share your own story and a few thumbles on your mobile phone allows you take part with relative anonymity.

Then again, you tune in half-way through a news programme and you hear text comments on a story before you've heard the actual story. Do you care what 'Jeff from Inverness' has to say about Iraq? Sometimes? Often? Never?

Here at BBC Radio Scotland we've had a few robust discussions about this. There's a feeling that texts (and e-mails) work best in music programmes - like Tom Morton and Get It On - when listeners get a chance to influence the actual content of the programmes.

But what about news programmes?

Perhaps texts work well in those bad weather situations when people are sharing their own experiences and allowing us to build up a picture of what's happening on the ground.

Or when listeners have direct experience of a particular issue and can add real journalistic value to the debate. A teacher talking about class sizes, for example. 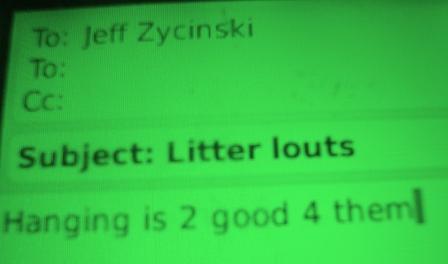 For one silly moment I had thought that we might raise this issue during Good Morning Scotland and ask people to text in with their opinions. Then I slapped myself and sat in a corner for half an hour.

So, instead, I'll ask you. What do you think?

And while you're at it....any idea if we're in for a good summer?